The wait is over for Derry City fans at last 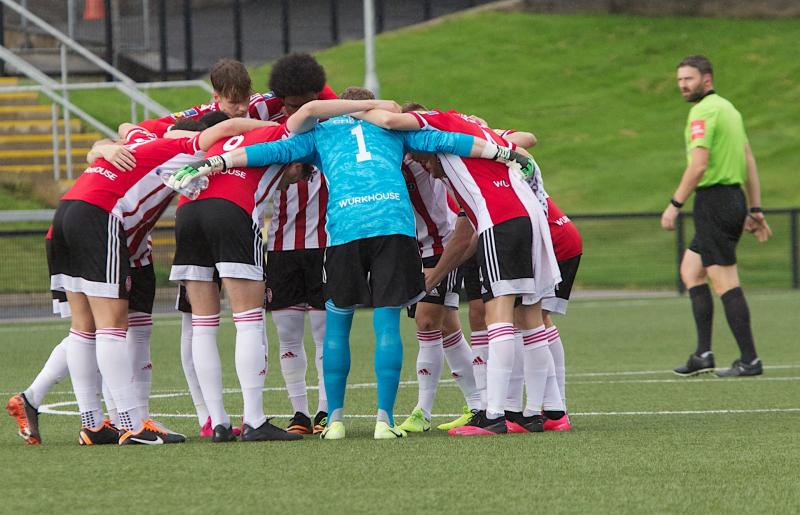 Derry City fans will get the chance to see their team in action for the first time in over six months tomorrow night, but they will have to travel to Larne to do so.
Declan Devine's team, who were not in action this past weekend, have scheduled a friendly game with the Irish Premier League side, which will kick off at 8pm at Inver Park tomorrow night.
A total of 600 tickets have been made available for the game, and while Larne season ticket holders will be given priority, the club have announced on their social media platforms that there will be tickets placed on general sale ahead of the game.
City were due to face league champions Dundalk at the Ryan McBride Brandywell Stadium on Friday night past but the game was called off due to international call ups, with City trio Nathan Gartside, Eoin Toal and Jake Dunwoody all called up to the Northern Ireland U21 squad, while Dundalk full-back Darragh Leahy was selected to participate in the Ireland under-21s training camp in Belfast.
The game has been rescheduled for Monday, October 19 at the Brandywell.
City have not kicked a ball since defeating Drogheda United 2-0 in the FAI Cup nine days ago, and manager Devine is keen to get his players some game time before this weekend's trip to Ballybofey to meet Finn Harps.
Larne are preparing for a busy season in the top flight this year and they faced Warrenpoint at Inver Park on Saturday, coming away with a 1-0 win. Speaking after the game, manager Tiarnan Lynch admitted that he expects a better game of football from Derry City tomorrow evening.
“It will be a different type of test,” he said. “Derry will probably come and want to play a lot more football. It will be a different test for us in the sense that we will probably get to play a little bit more as it will be more of a footballing contest. Physically and fitness-wise, it will be a great test for us.”
For Derry City fans, it has been a very long wait to see their team in action. The last Brandywell fixture to host any fans was back at the end of February when the Candystripes defeated Bohemians 2-0 to pick up their first win of the season.