'I've every confidence that the boys will do a job' 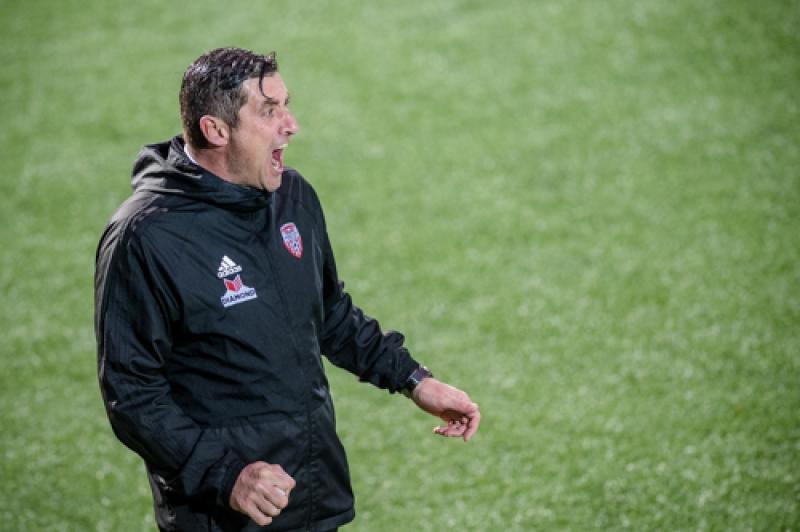 Declan Devine retains great faith in his players ahead of a crucial FAI Cup tie for Derry City at Drogheda United today.

It has been a tough week for the Candystripes who were knocked out of the Europa League by Lithuanian minnows FK Riteriai, 3-2 after extra time. The pain of that defeat will be felt for some time by the fans, especially after big European victories for both Coleraine and Shamrock Rovers since with the financial rewards and the glamour of progressing at such a high stage huge for those who are successful.

City are back to porridge after that Europa experience, as they face First Division Drogheda United, hoping for a good cup run to pick everyone’s spirits up. Devine is confident that his players can raise their game today.

“It has been a very long week let’s be honest,” he said. “It seems like an eternity ago we played Cork in the Brandywell which was a fantastic performance and a really good result. We’re looking forward to the game but we’re under no illusions, going away to Drogheda because they are having a very good season and pushing for automatic promotion.”

Devine will give late fitness tests to both Walter Figueira and Jack Malone, who were both missed in the midweek defeat to FK Riteriai with hamstring strains. Ally Gilchrist (foot) continues to miss out as does Conor Clifford (concussion) while new signing Cameron McJannett is in line for his debut having self-isolated for the past two weeks.

“We’ll look for a response but it’s ultimately about playing to our level, and if we do that we are in with a good chance,” Devine continued. “The one thing you’re guaranteed of in a cup game is that they have nothing to lose so they are going to have a go at us. We’ve got to be ready for that and make sure that whenever the referee blows the final whistle, we’re into the hat for the next round. I’ve every confidence the boys will do a job."