Derry City's Europa League game goes ahead, and it will be streamed live for fans 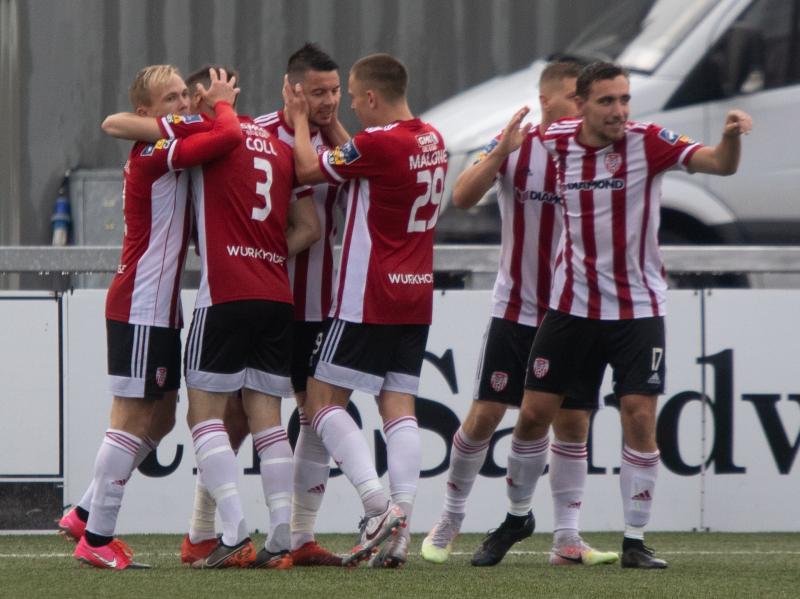 Derry City will travel to Lithuania to face FK Riteriai in the Europa league. Pic by Tom Heaney, nwpresspics

Derry City’s Europa League game against FK Riteriai on Tuesday will go ahead, and will be streamed lived by the club for its fans.

The game, which had been in doubt due to a change in Covid-19 regulations by the Lithuanian government during the past seven days, will take place in Vilnius at 5pm on Tuesday with the Candystripes hoping to progress in Europe for the first time since 2014.

With no supporters allowed to travel to the game, the club has announced that the game will be streamed live to ensure that no fan loses out.

“Only the team and a couple of essential personnel have been given permission to travel to Vilnius, so we were keen to make sure that everyone who wanted to watch the match had the opportunity to do so,” he explained.

“It was also vitally important that we did everything in our power to try to keep the cost of the service down. I am delighted therefore to announce that a live stream of the match will be available for just £4.99.”

The game will be streamed live at derrycityfc.net/stream and you can pre-order now to save time ahead of Tuesday’s match.