'Our attacking power and quality at times was excellent." 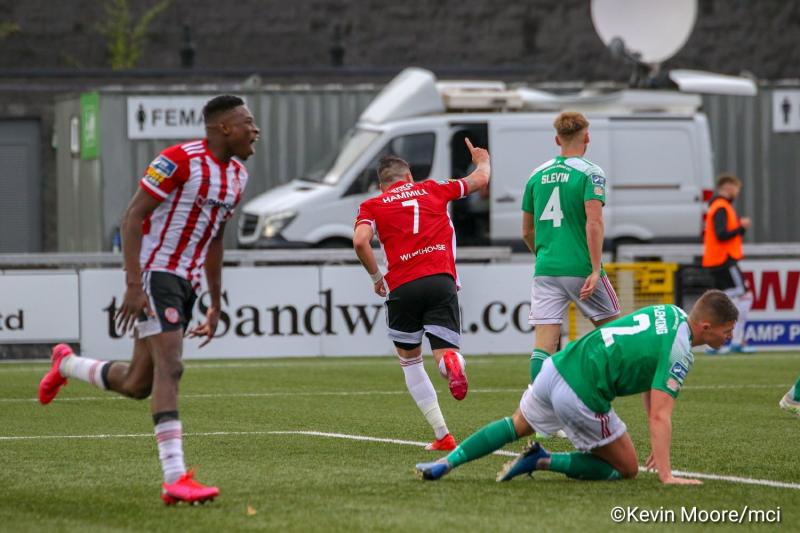 Kevin Deery praised the character of the Derry City players after they came from behind at half time to beat Cork City at the Brandywell.

“We’re delighted with the response of the players at half time,” he said.

“We didn’t feel that we had done a lot wrong (in the first half). We just had to keep doing what we were doing. We felt they were getting tired because we were getting in and around their box a lot more frequently.

“It was just a matter of remaining calm and composed and when the chance presented itself score."

Two goals in three minutes turned the game on its head and paved the way for only City's third league win this season.

"It (the equaliser) came at a great time for us because we got the ball back to the halfway line and got back on the front foot again," Deery said. "That’s what we want to do, we want to be a front foot team. We kept going and kept going and were delighted. It’s only three points and we have to look for consistency in our game now.

"There are a lot of new players in the building and they are starting to settle a wee bit and starting to get to know each other and you could see tonight that our attacking power and quality at times was excellent."