32-year old winger confident that Candystripes can turn the corner 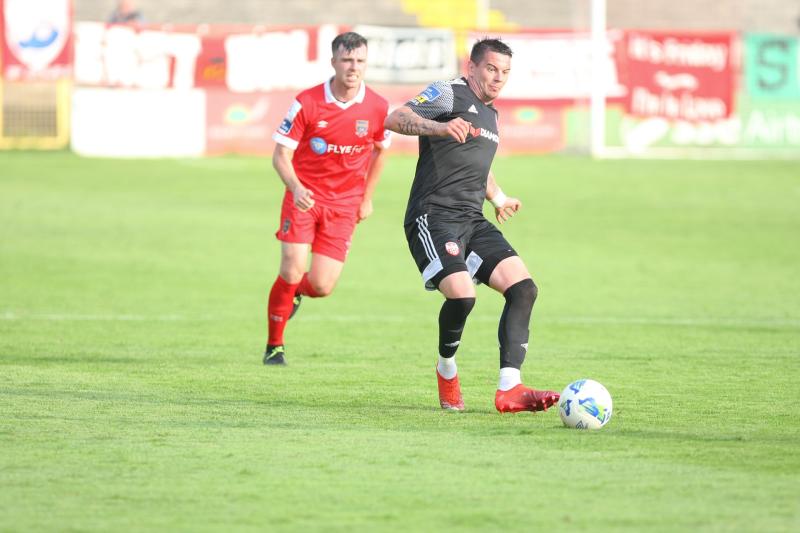 Adam Hammill is hoping that his cameo appearance against Shelbourne last week will win him a starting place against Cork City this evening. Kick off 5:45pm.
The 32-year old came off the bench and twice almost scored the winning goal, striking the crossbar on both occasions with efforts from outside the 18-yard box. Both were spectacular efforts, and both a glimpse of what the former Barnsley and Dunfermline winger can do.
With City failing to kill off their opponents in their last two games, losing five points from winning positions in the process, starting Hammill for the first time could well be a serious consideration for Declan Devine, whose team have won just once in four games since the restart. Hammill is ready should he get the nod.
“The excitement in me is building,” he admitted.
“It's been a long time since I played 90 minutes but the two games I've played in have given me that fire back and that desire back to get on the pitch and do what I do best and that's kick a ball. There was a process of isolating when I came over  so I did that.
“That has given me an extra week to work on my fitness and build myself up. I'm getting sharper each and every day in training and even in Saturday's game I showed the lads what I what was capable of doing.
“It's just a process now of getting minutes under my belt and getting sharper.
“Nothing can replace the match day feeling. You can do all the running in the world on grass but as soon as you get in that competitive game, sometimes after five minutes you're blowing, so it''s about gaining your second wind and the emotions and feelings that come with it.”

Killing games off
Devine will be hoping that his team will be able to react positively if they take the lead today rather than sit back to their cost, and Hammill agrees that the in-game management of the players has to be addressed.
“We watched the game back, especially the second half and we were so critical and that's what you've got to do as a team when you haven't performed well. I think it was set-pieces again. That's something that we are working on and we are going to get right.
“Now it's about working on the other bit of the game, which is in the final third and getting more goals. It's about putting games to bed as well because we're 1-0 up and rather than sit back into a false sense of security, we need to go and get the second goal and putting the game to bed. I think we're going to be more ruthless in both boxes and that will come with more games.”