'There is a lot to look forward to at Derry City' 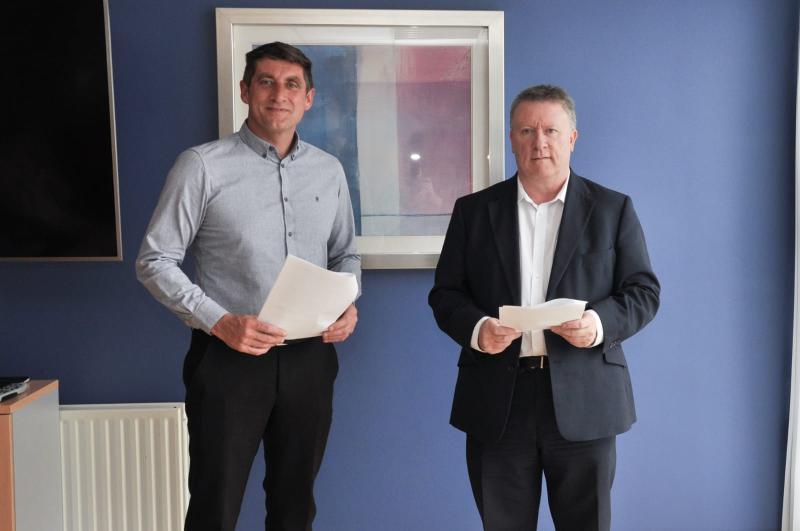 Philip O’Doherty insists that there is a lot to look forward to at Derry City after agreeing a one-year extension with Declan Devine to continue as manager.

The City Chairman appeared with Devine at the weekly club press conference yesterday, at the end of a busy period for everyone at the club.

O’Doherty is delighted to continue with Devine into what will be his fifth season in management overall with the Brandywell club.

“There has been so much happening in the last few weeks," he explained.

"This season has been extremely difficult with the stopping and starting and not knowing where we were going. I wanted to also tie Declan down to show that next season is going to be happening. Whatever happens next season, we’ll face it. We’ve had a lot of trials and tribulations over the years, but we’re still going and we’re in Europe. There is a lot to look forward to.”

Devine himself is well aware of the hard work that lies ahead in the role.

“It’s an honour to manage this club,” he said.

“We set out two years ago to try and re-establish ourselves but we are fully understanding that there is a lot of work still to be done. This gives us a platform to try and take it on another level and gives me the platform to tie some players down. It also gives us a platform to bring players in for next season but ultimately it’s about the club progressing and I’m delighted I have the backing of the Chairman and the Board. We want to improve on a daily basis and ultimately we want to be challenging for trophies and getting back into European football on a consistent basis.”