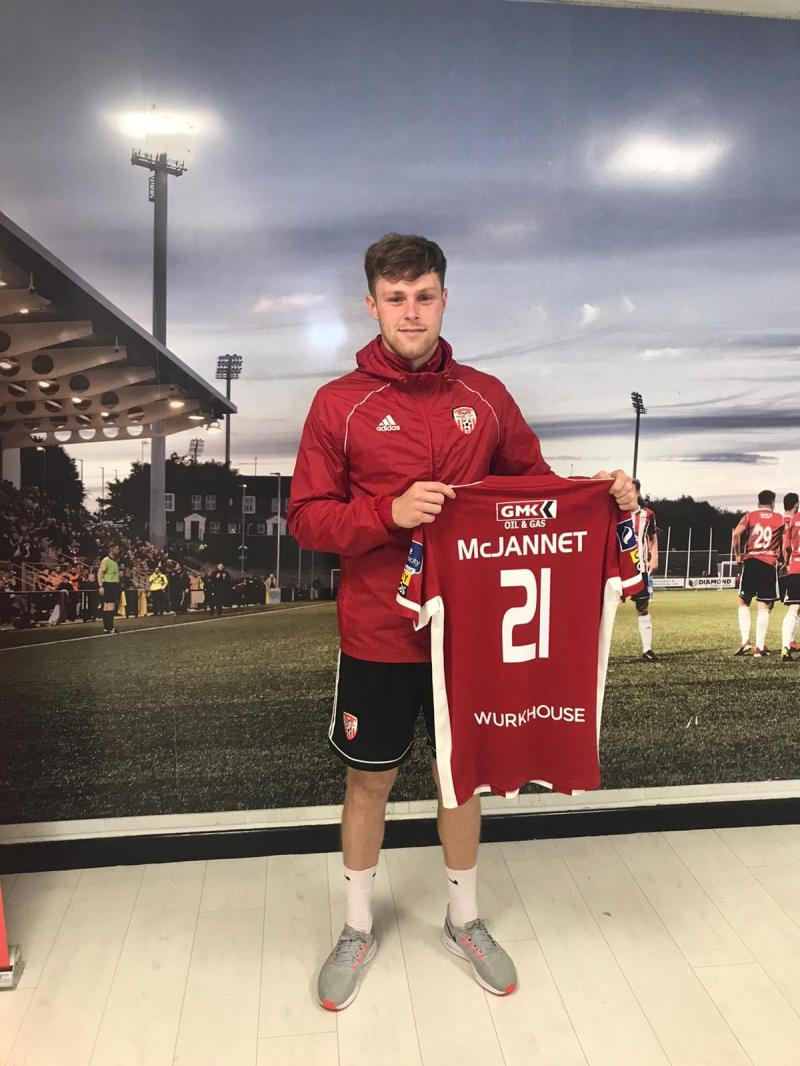 Derry City have added former Stoke City defender U23 player Cameron McJannett to the squad ahead of tomorrow evening’s game with Cork City at the Brandywell.

The 21-year old has been training with the club this week and is set to provide defensive back up, with Ally Gilchrist now sidelined for at least two weeks after suffering a broken bone in his foot.

McJannett, a left-sided centre-back back who can also play left-back, is a former team-mate of Jake Dunwoody who also joined the Candystripes just two weeks ago.