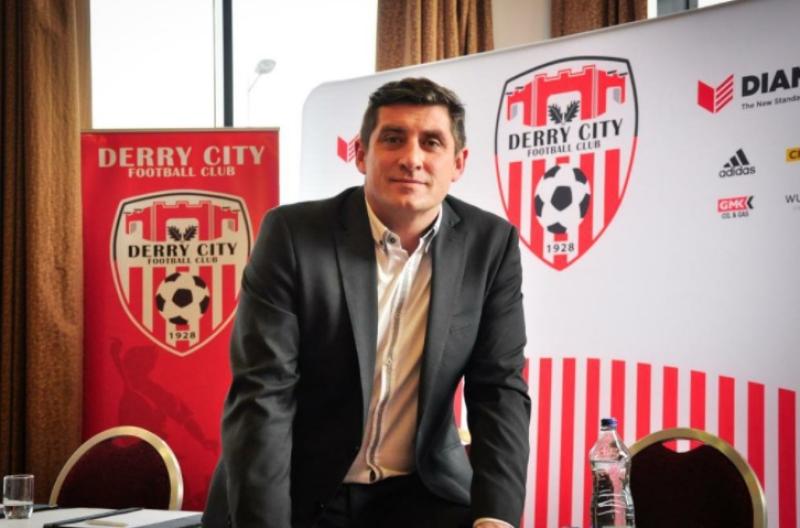 Declan Devine has signed a one-year extension to his contract

Declan Devine has said he is committed to turning Derry City into a team who can 'challenge with the best of them', after signing a one-year extension to his contract as Derry City manager.

In his fourth season as manager of the club overall, Devine is hoping to lead his club to European qualification for the fourth time in a season that has been condensed due to the coronavirus pandemic. The former City goalkeeper is also hoping to reach his fourth cup final with the Candystripes as a manager and this year is hoping to repeat his FAI Cup success of 2012.

The City boss agreed the deal after meeting with Chairman Philip O’Doherty on Tuesday afternoon and it is a clear sign that the club board are backing their man.

Devine’s contract was due to expire at the end of October but ahead of a hectic schedule of league, cup and European football, the extension offers continuity to the club.

Speaking this evening, the manager said he was delighted to commit his future to Derry City.

“I said recently that I set out to do a job here and I intended to see it through and I’m delighted to have the trust of the Chairman and the Board.”

“I love managing Derry City and along with the rest of the management team we have put so much work into moving the club forward.”
“There is still much more to be done but we are intent on building a team and a club that is capable of challenging with the best of them.”

“I want to thank Philip and the Board for their trust and assure Derry City supporters that as a group we will do everything in our power to bring success to the Brandywell.”