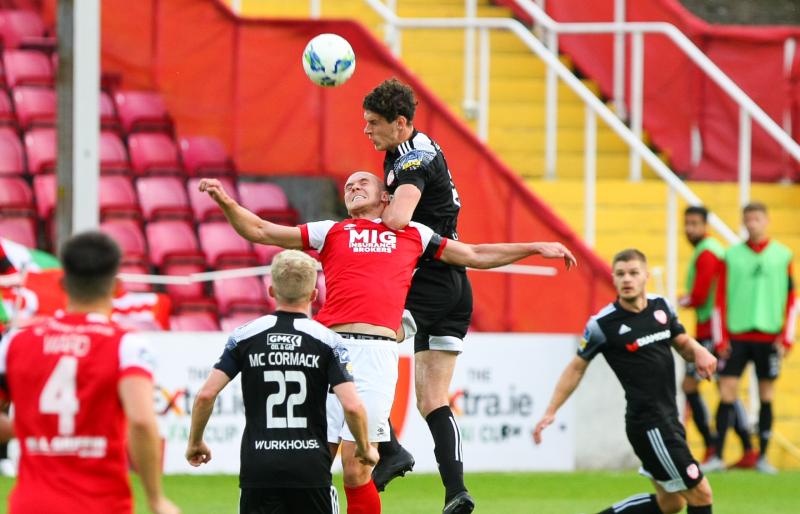 Derry City are back at the Brandywell today, where they host Shamrock Rovers

It promises to be a big 24 hours at the Brandywell as Derry City host league leaders Shamrock Rovers ahead of tomorrow’s Europa League draw. (Today, 5pm)

Declan Devine’s team hit back from their home defeat to Sligo Rovers by beating St. Patrick’s Athletic 2-0 last Monday, but they will be up against it facing Rovers team with designs on the league title and who are searching for a seventh successive league victory. Devine has yet to win against Rovers since his return to the club last year, taking just one point from four league meetings between the sides.

City have also lost two from three on their own ground this season, and their manager is hoping to improve on that record significantly in what will be the 100th league game between the sides.

“We have to get our home form right,” he said. “We’ll be trying our utmost this Sunday to make sure we have our home form back and up and running because there are a lot of points to be won at the Brandywell this year.”

City finished fourth last season to secure a return to Europe and excitement is building ahead of Monday’s draw in Nyon.

“Everybody at the club is looking forward to the coming days, Devine agreed. “We have Shamrock Rovers first up on Sunday, the top team in the league, playing the best style of football, and then we have the European draw on Monday. Everyone should look forward to both those things.”

James Akintunde, goal scorer against St. Pat’s on Monday past, is in line to make his Brandywell debut.