Warning that "totally unnecessary and poisonous atmosphere will further escalate" 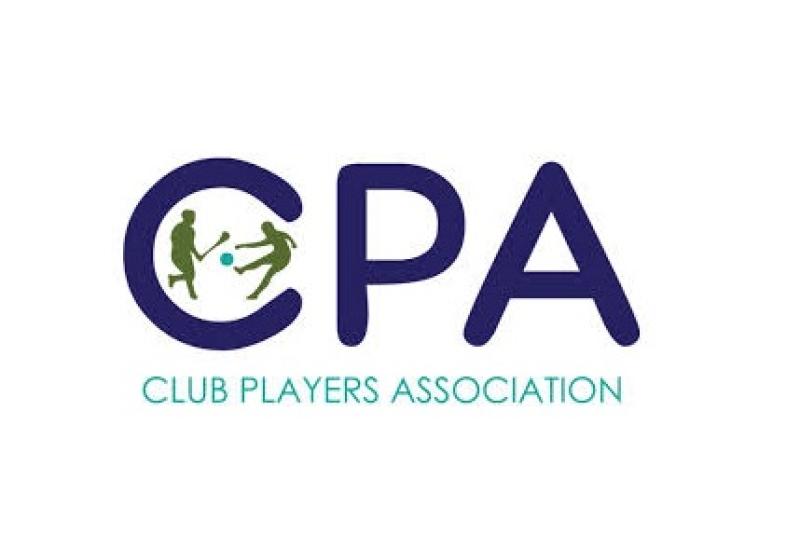 The Club Players’ Association has communicated with the leadership of the GAA in Croke Park to draw its attention to the GAA’s own reports which have been ignored.

The CPA is of the view that the GAA needs to use its time to re-calibrate the season.

When Coronavirus ceases to be a threat, the fixtures problem of our own creation will still be with us and will not have gone away, the CPA maintains.

In a statement the CPA claimed that the current tug of war between club and county in the abridged season of 2020 only proves that the governance of rules around designated periods is not working and the lack of clarity and enforcement of the existing rules is bringing embarrassment to the Association.

It added: "The GAA is currently in the middle of a very dangerous atmosphere which needs to be addressed immediately and certainly in advance of 2021. If a satisfactory set of fixtures cannot be agreed then this totally unnecessary and poisonous atmosphere will further escalate and damage our Association even further."

The statement contends that "the simple and unpalatable reality is that the GAA is in crisis. This crisis is four-fold."

It then lists a number of areas of concern, namely:

4.      A loss of it’s’ sense of identity as a community based Gaelic Games and Culture organization with the club at its core.

The rest of the statement reads as follows:

All four of the above are inextricably linked.

·         The crises in fixtures is one of the primary causes of the financial difficulties because the cost of team management at both club and inter-county levels is unsustainable.

·         The predominance of inter county activity has led to an erosion of the Associations core values as a community based Gaelic Games and Culture organization and to a diminution of the club games program. It has also led to the unnecessary ongoing friction between club and county over the availability of our elite players.

·         A lack of proper governance structures means that there is no central control over the management of the national games program. National and provincial competitions have developed in piecemeal fashion and there has never been a strategic games plan. Local competitions structures vary widely, devised and implemented by a wide range of administrations across the Association. Team managers are appointed without proper control over appointment procedures, work practices and remuneration.  Rules, where they exist, are not being enforced.

·         Regrettably, the perception of the GAA at national and provincial levels has become that of a corporate elitist organization which has income generation and a focus on a small elite of its top players at the core of its activities. Thus 2% of the playing membership gets priority to the detriment of the remaining 98%. As a result, inter county activity gets priority over the needs of the vast majority of our playing members.

·         There is widespread concern right across the ranks of ordinary GAA members that, unless immediate remedial action is taken, the Associations alleged corporate and elitist policy priorities will lead it on a reckless path towards a semi -professional or professional structure that will destroy its community, cultural and amateur values. If left unchecked, this will remove our valued infrastructure of county and parish boundaries, together with control over the movement of players. In such circumstances pride of place will be replaced by price of place.

The Club Players Association now respectfully calls on the Leadership of the GAA at national level to do whatever it takes to resolve these issues amicably before 2021. It’s high time to end this impasse which is doing so much damage to our Association.  We believe the only viable solution is as follows:

Ø  Once the designated periods are agreed, design competitions to fit within those time windows.

Ø  Such structures should be set out in a manner that will ensure that there will be no conflict for players between the various groups.

Ø  Create a clear set of central control structures to include the enforcement of existing rules, creating new rules where needed and strictly applying appropriate sanctions for breaches.

Ø  Publish the proposed plan to all clubs so that they may decide on the outcome.

Ø  To ensure a truly democratic result, authorize the holding of a national referendum of all clubs under which clubs will hold General Meetings to decide the outcome. There is a clear precedent in place for this process from 1971, when, with the authority of Congress, such a referendum was held to consider the deletion or retention of the foreign games ban.

Ø  Call a Special Congress, remote if necessary, before the end of 2020 so that any agreed change may be implemented in time for 2021. We ask that Central Council should rule, as is its authority under rule 3.38 TO 1, that there is full representation.

The very future of the GAA which we all love is at stake. We are pleading with the Associations leadership at national level to take whatever remedial steps are necessary and with the utmost of urgency. As elected leaders and/or paid executives, our leaders have been given the responsibility to lead. Leadership in this instance means taking immediate and urgent steps that will Fix the Fixtures, give the Association back to its grassroots members and restore the GAA to being a community based Gaelic Games and culture organization with the club at its core.

We are today calling on the leadership of the Association to give clarity to their members within the next two weeks on how they plan to resolve the crisis we have outlined above and if they are prepared to take on board our suggested solution.

And finally we are here to assist the Association in any way, at any time, in any place and at our own expense.