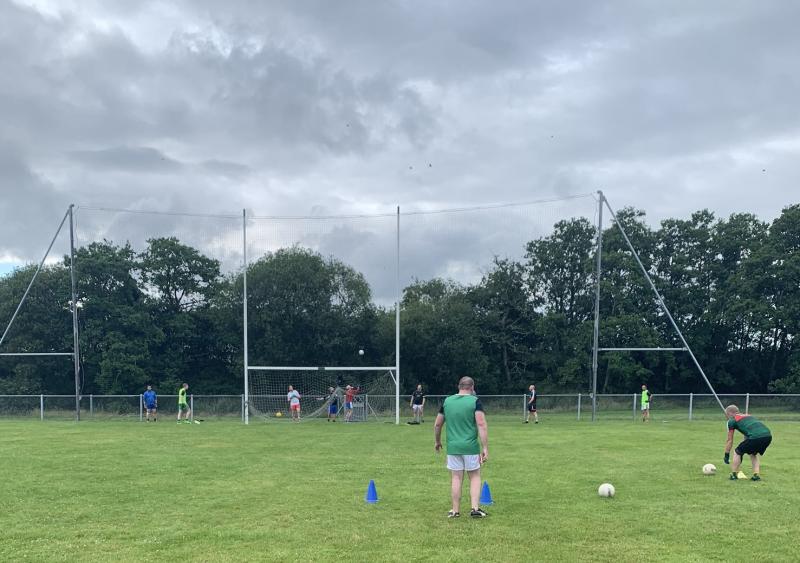 Championship football will return to Drumullan this year, a development that was unfathomable when Ogra Colmcille announced their withdrawal from the Joe Brolly Cup last August.

The effect of the extended period of lockdown, combined with the condensed 2020 season, has seen training numbers swell nationwide. The rising tide is pulling Ogra back to land.

Manager Connor Ward made furtive attempts to get things moving again in the autumn after seeing championship-winning ecstasy up close.

“My eldest boy plays for Magherafelt, where I live now, and after they won the senior championship last year he had to get running on the field,” he told the County Derry Post.

“Seeing Danny [Haveron] speaking afterwards, with just pure passion and joy on his face, was unbelievable, but in the back of your head you’re thinking ‘I want that’.

“It inspired me to send messages and start torturing boys to come back.”

Launching a rallying cry in the depths of an Irish winter is a hard sell, and Connor says the numbers didn’t match his initial ambition.

“We started back in November, December and to be honest, the numbers were reasonably light,” he said.

“We trained in Cookstown with six one night. There wasn’t enough appetite for a long pre-season to go into what, at that stage, was the unknown – either Junior or Recreational football.

“Covid-19 has condensed the season to ten weeks, which has been massive for us. We had twenty men training on Wednesday night and eighteen on Monday, our first session back.

“It has encouraged people who have sat in the house this last number of months to come out. They know there is a definitive window to get their football played in.

“We’re hoping to be able to play a match amongst ourselves now on Sunday, for the craic, if the numbers keep up.

“It’ll be fairly close to fifteen-a-side. I played for Ogra seniors for twenty-one years and I can only once remember having fifteen-a-side, the year after we won the junior championship.” 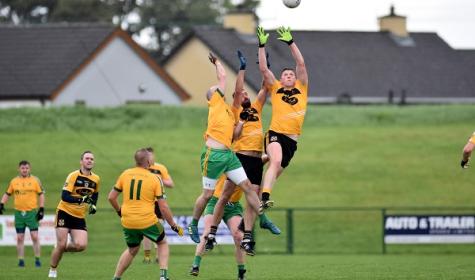 The shortened season has provided a serendipitous incentive for the club players who want the joy of playing football without the perceived drudgery of a ten-month season.

Derry’s provision of a recreational championship has been well-supported, with nine clubs in the draw last month.

Ward is hoping to build on that enthusiasm.

“We’re trying to have as much football as we can – kick passing, shooting drills and games for an hour and fifteen minutes,” he said.

“It’s about trying to have as much craic as possible. There are three McBride brothers that haven’t played for us since they were U16 and they’ve all come back out.

“We have six who have transferred in from other clubs at varying degrees of experience from a few who have never played to boys who played at a reasonable level.

“They just want to play football and it’s great to see for us. Last year knocked the stuffing completely out of us, but the reaction to the championship has been overwhelmingly positive.

“Everybody knows how many games they have and how long it’s going to run for and they can steer themselves around that.” 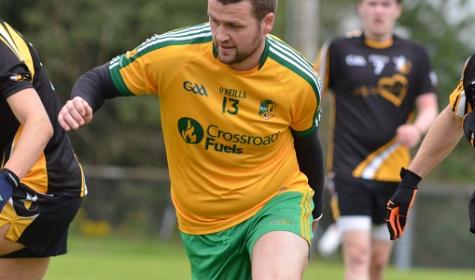 Enjoyment may be the carrot, but competition may prove to be the stick. While the label on the championship reads ‘recreational’, the addiction of championship football is hard to shake.

“An adult championship, recreational or not, doesn’t come around every day, so you want to give it your best shot, while keeping the balance of guys enjoying themselves,” said Connor.

“We have a mix of complete novices and boys who have experience of winning championships or being successful. They’re still competitive, they’ll want to go as far as they can.

“Our guys would have been notorious for the traditional latecomers, but to a man, everyone has been on the pitch and ready to go at ten to seven.

“It was surreal for me, having seen down through the years what it was like, but it’s great to see.

“Even getting championship games at home is great. We thought we were never going to get another game at the pitch, but to get the whole parish out to watch it, it’s massive for us.”

It has been 18 years since a house was built in Drumullan, and their men are dispersed around neighbouring clubs, but the revival could be underway.