Club prepares for the restart of the season 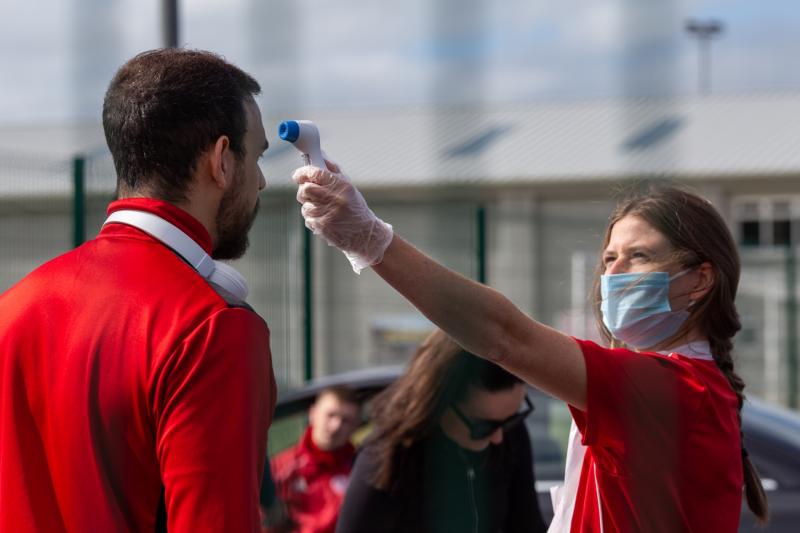 A Derry player has his temperature checked today. Photographs by JPJ Photography

The League of Ireland's European qualifiers - Dundalk, Shamrock Rovers, Bohemians and Derry City - were screened for symptoms by the FAI last week, with no cases being shown up. 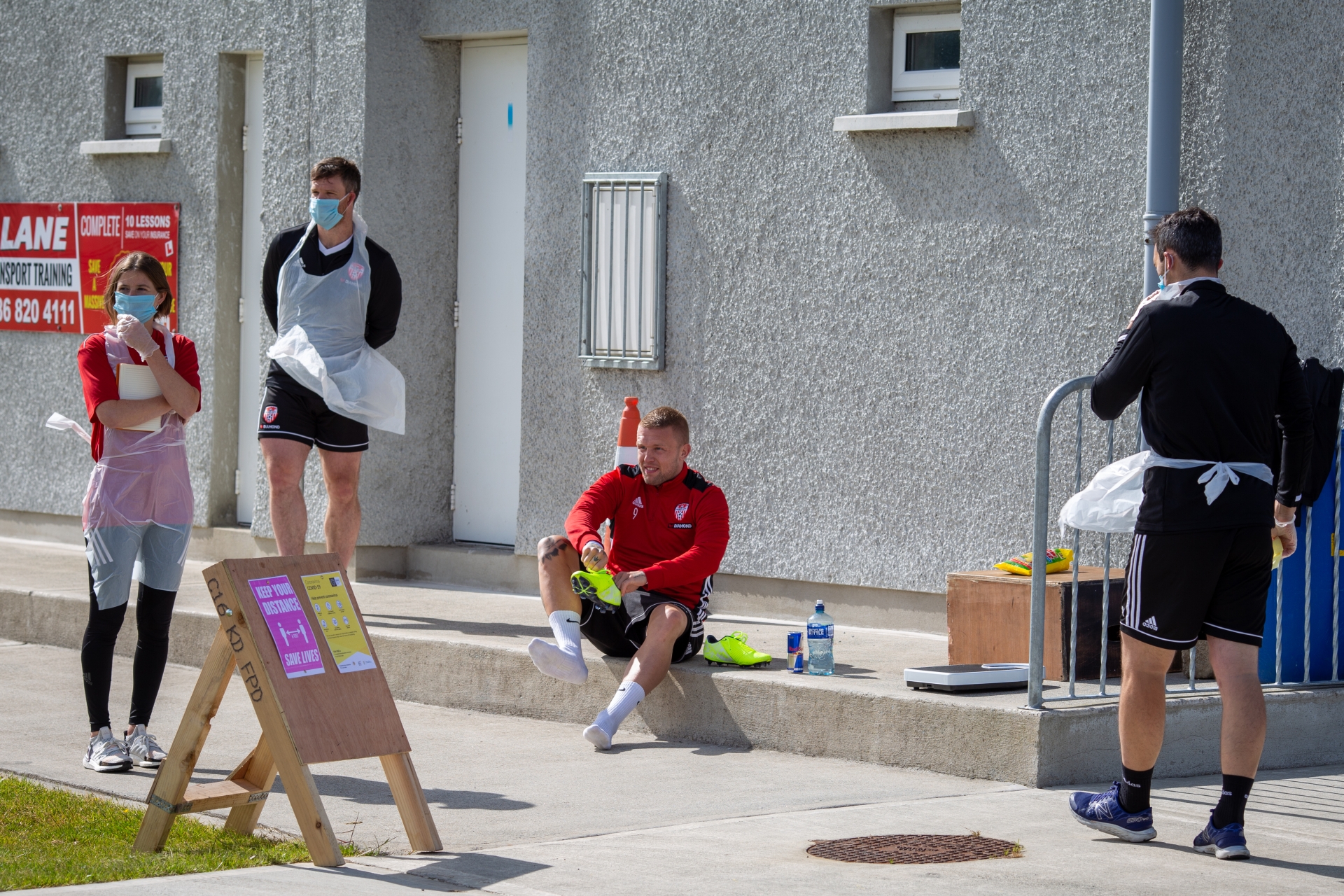 All four clubs will undergo further testing today when they return to collective training, as part of the pilot programme to ensure a safer return for football at all levels.

It is then planned that the four clubs will take part in a special tournament in a bid to get the League of Ireland restarted.

There has been much debate in recent weeks about how best to bring back the SSE Airtricity League as the coronavirus lockdown restrictions are eased.

Derry are among the four clubs who have qualified for European competition - and plans are in place to get those sides back training. 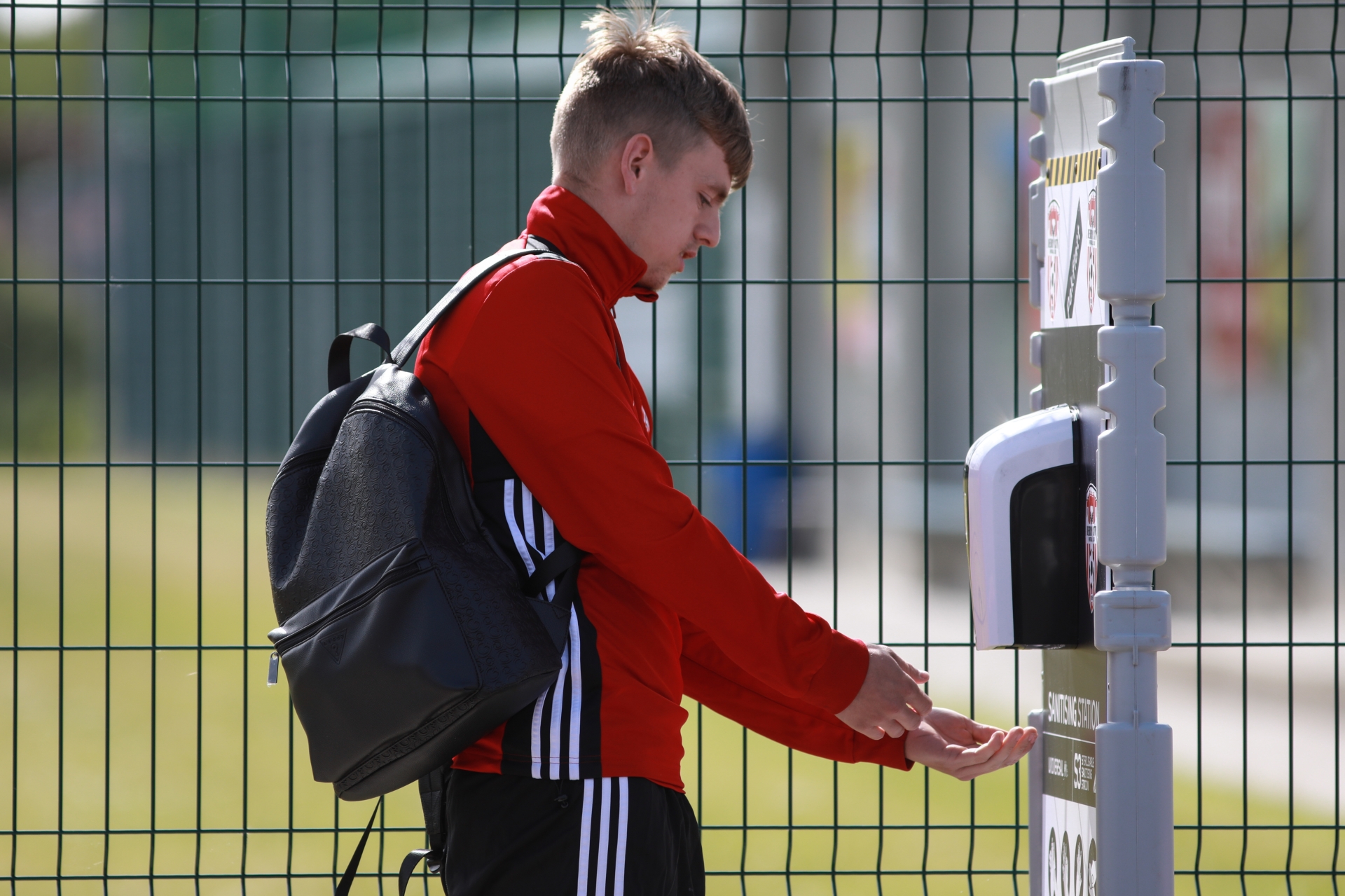 The new tournament is expected to take place at a neutral venue ahead of the clubs' European games in late July/early August.

All other SSE Airtricity League squads can return to collective training on June 29. 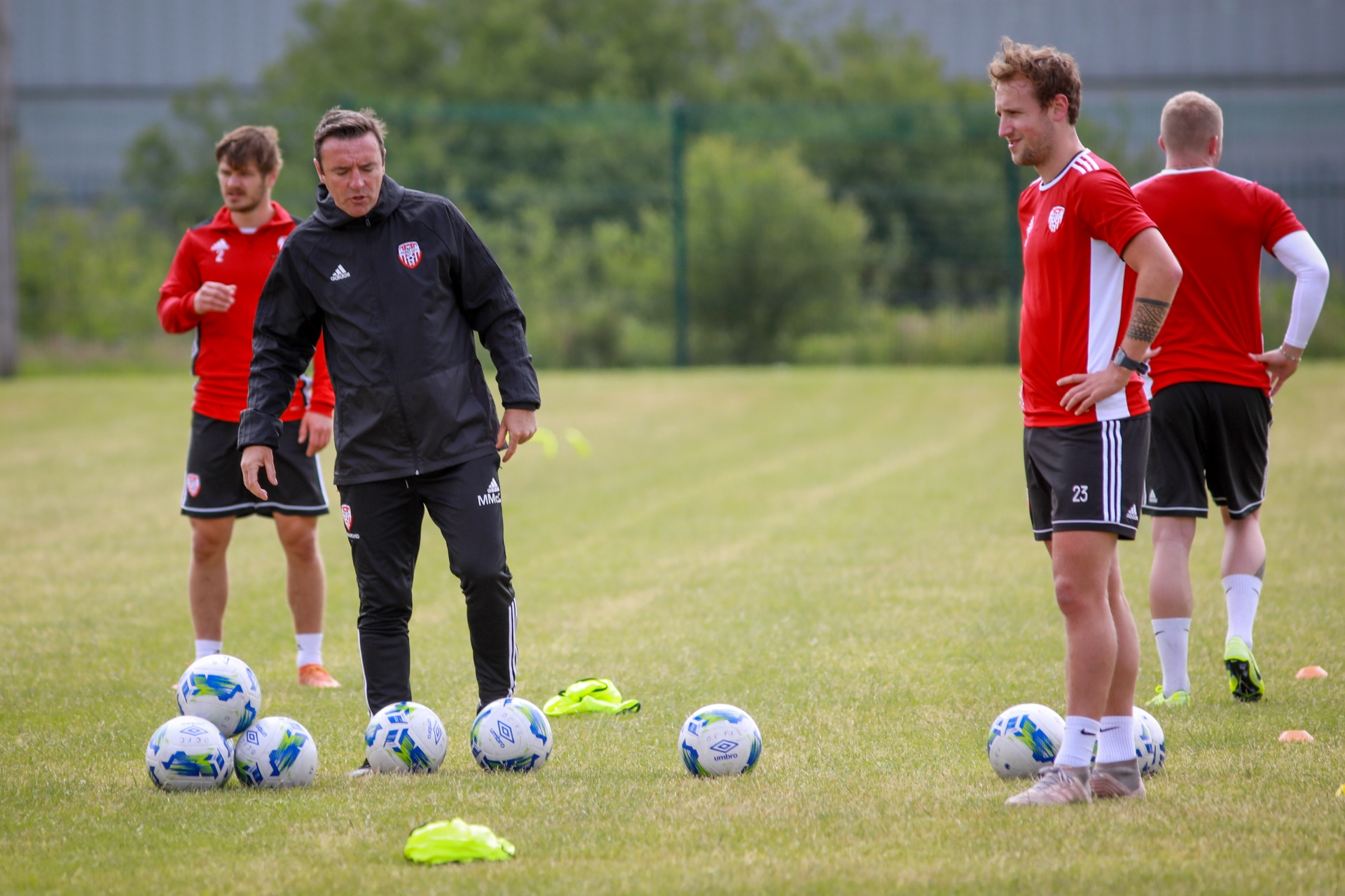 Meanwhile, Institute are also expected to return to training this week.

New guidelines published by the Irish Football Association say that non-contact group football training will be permitted in Northern Ireland from today.

The COVID-19 'recovery plan update' states that coaches can organise training sessions that have groups of up to six people, including coaches.

The rules say the groups must be kept separate, everyone must be social distancing and strict hygiene measures must be in place with any equipment.

The document was issued on Saturday.

It follows the Stormont Executive announcing that outdoor sports facilities in Northern Ireland, which were shut in March, are allowed to re-open from today.

However, anyone who has shown flu-like symptoms or been in contact with a known or suspected case of
COVID-19 in the past 14 days must not attend training.

The Northern Ireland Football League is to inform Uefa by June 30 what its plans are for the remainder of the Irish Premiership and Championship seasons.

All football activities in Northern Ireland have been suspended by the IFA due to coronavirus since mid-March, but this document is the latest step on the road to football returning.