'We can't afford to play behind closed doors' - Devine

City boss calls for league postponement for the good of clubs, players and fans if necessary 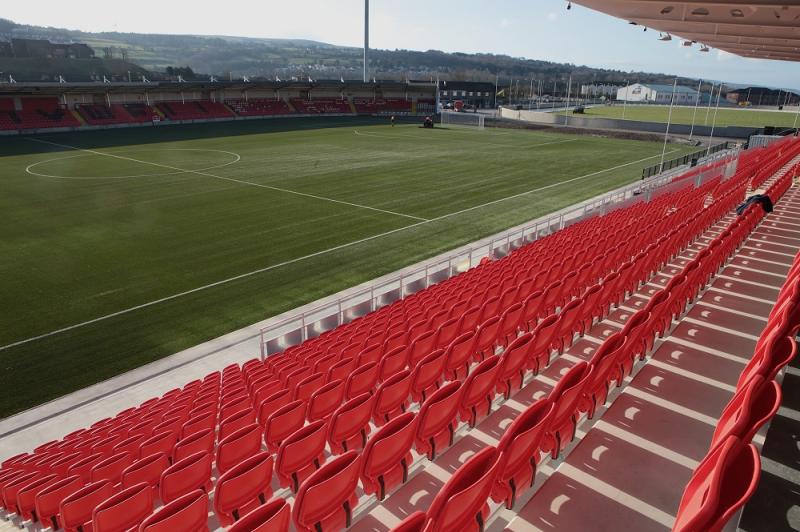 EMPTY... Derry City could well be playing games behind closed doors due to the outbreak of the coronavirus

Declan Devine insists that Derry City cannot afford to play in front of empty stadiums, and has called on a postponement of the League of Ireland entirely for the good of clubs, players and fans if necessary.
Clubs across Europe have this week taken the unprecedented action of playing games behind closed doors as the spread of the coronavirus continues across the world. Public gatherings across Europe and beyond have been banned in a bid to limit the spread of the virus, and this week discussions have been held at a national level to discuss the situation with regards public events in Ireland.
The Football Association of Ireland met yesterday with the National League Executive Committee and the Professional Footballer’s Association of Ireland to discuss the impact of the Covid-19 outbreak on domestic football and established a steering group to monitor developments on a daily basis.
An FAI spokesman said: “The meeting was a productive one and allowed us all to focus on the situation facing our National League clubs and players. We discussed at length our serious concerns around Covid-19 and began to develop a contingency plan to help our clubs during this potentially difficult time.
“We are currently gathering all financial data and working with the clubs and the players on the financial implications they face. Once we have a true understanding of this, we will be approaching Government and UEFA on behalf of the clubs to seek their support.”
Devine however, is in no doubt what should happen in the coming weeks.
“The one thing that we have in our league is time to play with,” he explained.
“We shut down on the last week of October but maybe we don't have to do that this year. The one thing I am concerned about is the welfare of the clubs. It's fine whenever you have multi-million pound TV deals and sponsorship deals. We need the revenue of our support and every club in Ireland does. My worry is first and foremost the health of the players and the health of the supporters and secondly that we are sustainable to have a professional football club.
“If it means postponing for a few weeks and looking after the safety of our players and fans, then so be it. The season doesn't start to next February or March so there's nothing set in stone. We're very fortunate that we're not on any deadlines. For me, the safe option is to restrict but at the same time we know that we have a lot of football to be played this season and we have got to look at it that way and not panic.” 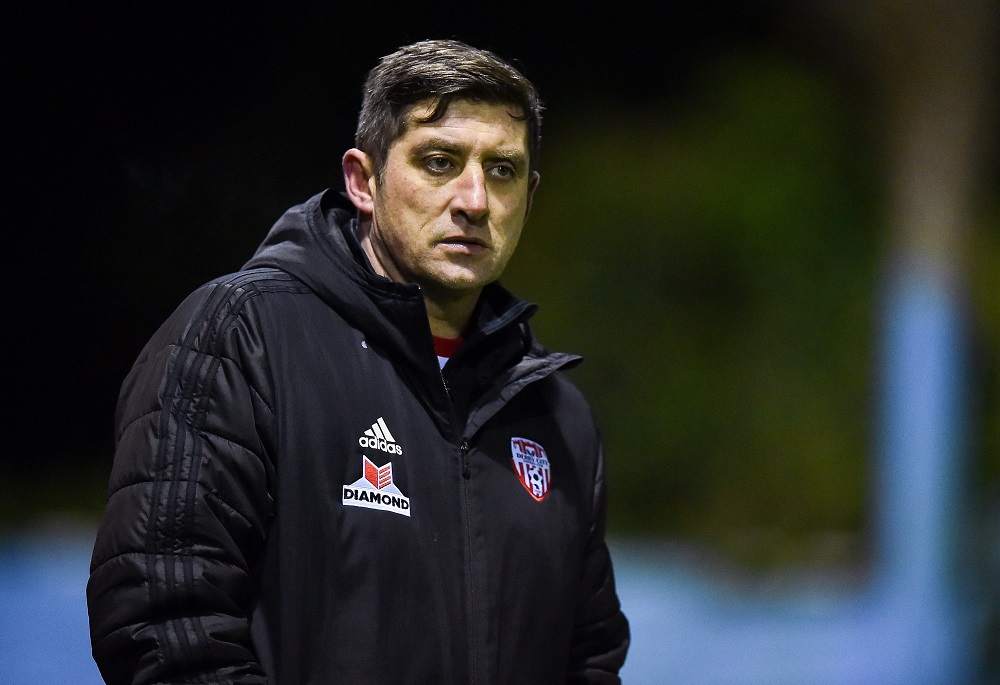 PICTURED: Derry City boss Declan Devine has called for league postponement for the good of clubs, players and fans if necessary

The English Premier League already postponed a game this week due to the spread of the virus and there are fears that the current campaign may have to be put on hold. No such pressure exists across the water however according to Devine.
“We are in the fortunate position where there are no trophies getting handed out in five or six weeks' time. Our trophies aren't getting handed out for another nine or ten months. The panic doesn't need to set in here just yet. I think the health authorities have to take major decisions, but for me personally, what's right is right and I certainly don't want to be playing football in empty stadiums and clubs having to find money where it's near enough impossible in difficult times to do.”

League action
In the meantime, Devine and his staff must focus on tomorrow night's game against Sligo Rovers as the Candystripes look to bounce back from a poor display in Waterford last week. Despite a modest return of four points from four games so far, City are favourites to beat a Sligo side who have lost all four games, but the City boss is expecting a big showing from Liam Biuckley's team.
“I was impressed with Sligo against Rovers on Saturday,” he stated.
"I thought they were very unfortunate to lose to Finn Harps and I thought they were excellent against St. Pat's. They have a lot of good players and there was a lot of close matches between us last year. I'm expecting nothing other than a right, tough Northwest derby and Sligo will come here and enjoy playing on our pitch. No doubt they are coming here to put it up to us.”