Football for homeless at the Brandywell

A football match with a difference was held at the Brandywell on Friday night. 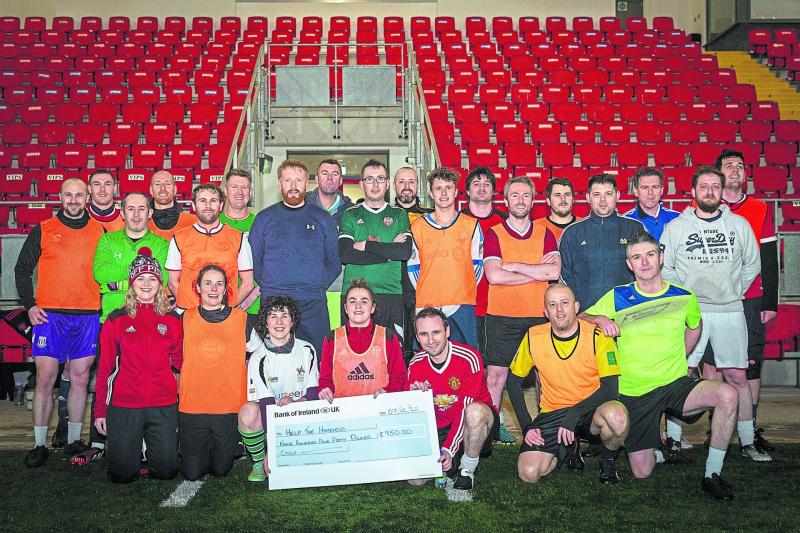 A hugely entertaining night of sport as friends and players come together to raise money for those in need. JPJPhotography

A football match with a difference was held at the Brandywell on Friday night.

Tha game was organised to raise money to help the homeless.

The event was organised by Derry City Women's player Alice O'Neill and managed to raise £950.

The money raised will assist individuals and families who are presently experiencing challenges with re-establishing settled accommodation.

The fundraising event was organised in the same week that it emerged that the Foyle constituency has the highest number of homeless people in the North.

Mr Durkan had asked the newly installed minister how many people in each constituency were registered as homeless.

Information provided by the Housing Executive showed that as of December 2019, the total number of applicants in Foyle accepted as homeless stood at 2,526.

Foyle MLA Mr Durkan said: “The Communities Minister confirmed in response to my question that 2,526 people are on the waiting list and deemed homeless, across the Foyle constituency.

“The Minister also confirmed that across the Derry and Strabane Council area, 1,252 homes were empty and not in use.

“These figures are startling and behind the statistics are individuals, families and many children waiting in anguish.

“This is yet another example of the deprivation people in Derry have had to ensure and it is about time we got our fair share and a properly balanced regional economy.

“The time for robust and honest conversations about tackling housing shortages has long past.”

Mr Durkan said it was now time to introduce proactive measures to tackle the issues facing an increasing number of local families.