Relieved City of Derry wonder what's next in this dramatic season 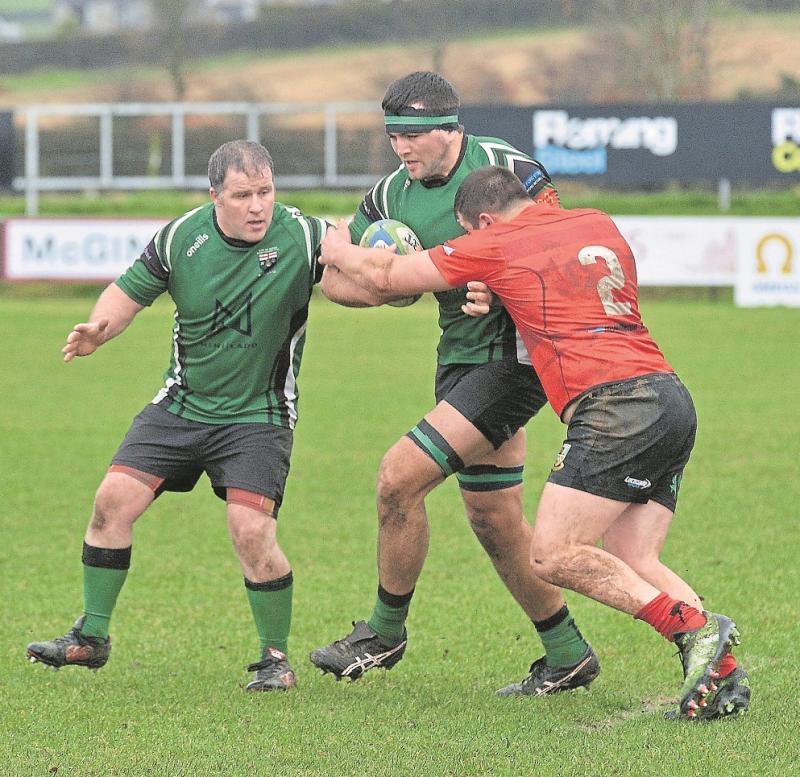 The victory over Midleton last weekend could prove to be a huge result in City of Derry's season.

One weekend of rugby drama was enough to show City of Derry that nothing is certain in a Division 2C season that continues to rollercoaster from one excitement to another.
The nature of last Saturday's victory over Midleton was thrilling in execution but agonising in production as Derry laboured frustratingly against an opponent that was more than happy to pick up an unspectacular but disciplined and low-scoring victory. At this stage of the season, and given both teams' circumstances, Midleton couldn't be blamed for sitting back and just holding Derry at bay – the hosts may well have done the same if they had led 6-3 with 30 minutes remaining.
Points are all that matter at this stage and Midleton very nearly had them, until Simon Logue struck with seconds, mere seconds left on the clock. That try, that moment, was the most important of the past few years for City of Derry and the drama of it all took its toll on coach Richard McCarter.
“We'll take four points against anybody at this stage,” he said. “It's a massive win and if we had lost that we would have been in bother.
“I just felt at a stage in the second half towards the end that it wasn't going to happen for us. We missed a kick in front of the posts with just a few minutes left, we were camped on their line for the majority of the second half and we just couldn't seem to get over. But you have got to hand it to the lads, they stuck at it, and the last play essentially to get over the line, there's no better time to score, because it's game over at that stage. Loads and loads of credit go to the boys but yeah definitely heart in mouth stuff.”

Remarkable
It proved to be a remarkable weekend for Division 2C as league leaders Enniscorthy surprisingly lost to Bangor, adding even more importance to Derry's victory.
That was the first loss for the league leaders since October and gives Derry hope ahead of their visit to Wexford on Saturday week.
Should Derry start the game in a similar manner to last week's game however, they could be out of the game completely. Midleton's lack of quality in attack was ultimately a huge blessing for the Judges Road side.
“It was about 23 minutes by the time we got into their half,” McCarter reflected.
“The line-out didn't function great and we just couldn't get going. We defended pretty well but we just couldn't get going or put them under pressure. It was 3-3 at half time and I would have taken that because it sort of felt that we were losing. We knew we had to up it a lot in the second half.
“They didn't trouble us at all in the second half. In fact, I can't remember them being in our '22 at all so we have got to say that we dominated the second period but we just have to be a bit more clinical and take our opportunities and that game could have been a lot more clinical than it was.
“We're down in Enniscorthy next who lost at the weekend. We didn't put a glove on them when they were up here so hopefully we can go down there now with a bit of optimism now and have a real go.”