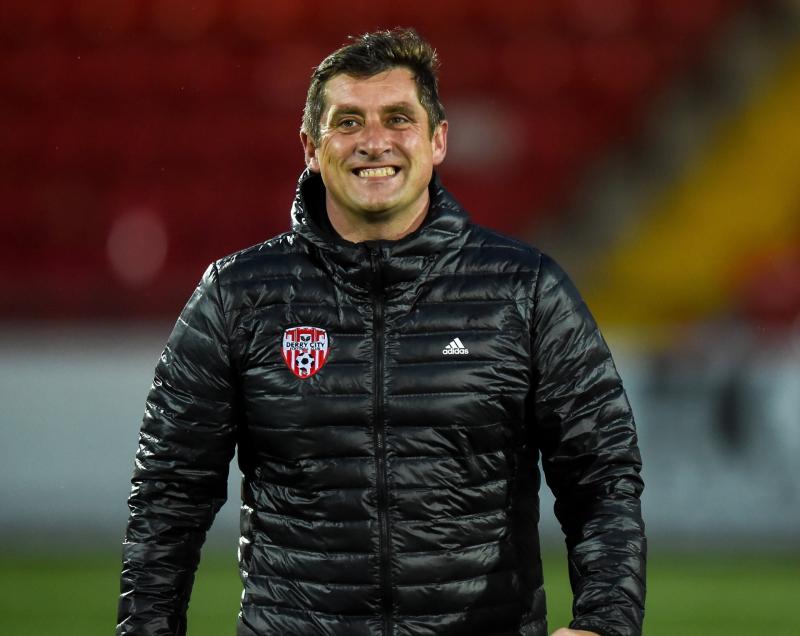 Declan Devine believes that Derry City would not exist if not for the continued support of its Chairman.
Philip O'Doherty has increased the manager's budget significantly, by 30%, ahead of this season, and the manager admitted his delight at having that extra support ahead of what he and the fans hope will be a successful season.
“The budget is key, absolutely, but at the same time Shamrock Rovers probably had one of the biggest budgets in the league last year, they won the FAI Cup and they continue to get better.
“Of course, as a manager, you want a few extra pound to spend but we’ve got to strive both on and off the pitch to get this place better.
“When you have the backing of a chairman who loves the place, that’s key to the whole process. In my opinion there wouldn’t be a Derry City Football Club without Philip O’Doherty because of his business sense and his investment over the years has been invaluable.
“He rescued the club when it went out of business. He’s not just a guy who is throwing money at the football club, he’s a man who cares for the city. He cares for the people in the city. He’s a very proud Derry man and if we all took a leaf out of Philip O’Doherty’s book we’d be in a very good place.
“He cares and backs it up. He invests in people and structures and employs a lot of people in the city. I, for one, hold him in the highest esteem for what he does for the people of Derry and for the football club. It should never be taken for granted.”