Tough start is nothing to fear'

Derry City should have nothing to fear despite being handed what is arguably the most difficult start to the new season at Dundalk. 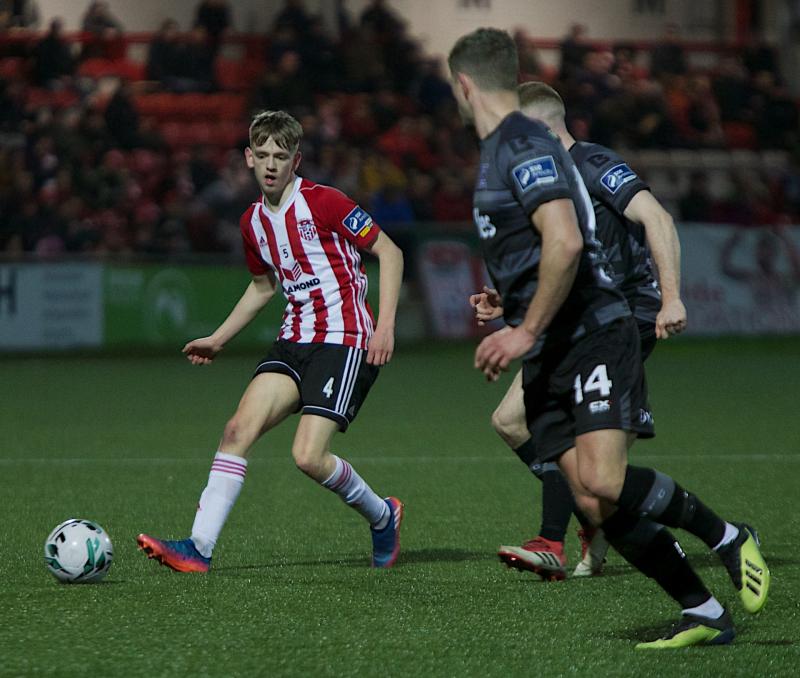 Midfielder Ciaron Harkin insists that Derry City can go to Dundalk and win on the first day of the new season.

Derry City should have nothing to fear despite being handed what is arguably the most difficult start to the new season at Dundalk.
That is the claim made by City midfielder Ciaron Harkin, who, along with his team mates and the City fans, discovered the news on Friday afternoon with the official release of the Airtricity fixtures for 2020.
The Candystripes will travel to Oriel Park on February 14 to face the league champions and EA Sports League Cup holders before hosting Finn Harps at the Brandywell a week later. A trip to St. Patrick's Athletic then follows before Bohemians come north in what will be a testing start to the season for Derry.

It is challenging yet exciting start to the new campaign for Declan Devine's team but midfielder Harkin, preparing for his second season with his home town team, believes there is no reason for City to be intimidated.
“It's a tough start to the season but it's one we're looking forward to,” he said. “Dundalk are the champions but we'll still be going down there looking for the three points and a good start to the season.

“We had some big games against them last season and we showed that we could match them so it's a game to look forward to. It could have been worse in the sense that we could have been away to Cork on the first day, but all these games are tough and you have to play them at some stage throughout the season so it will be good to get this one over with early on.”
There have already been significant changes at the Brandywell in the close season, with players such as Greg Sloggett, David Parkhouse, Junior Ogedi-Uzokwe and Darren McCauley leaving City, whilst midfielders Walter Figueira and Conor Clifford have come in.

There promises to be more comings and goings in the next few weeks in the lead up to the start of pre-season training and Harkin admitted the addition of new players is always interesting.
“We have lost a few players but we have also signed two really good players and we had five other players renew their contract so that's a huge positive,” he explained.
“We had a small squad last year when we came in and it could be the same again this year but we'll just have to wait and see. It's an exciting time for the fans at this time of year because when fixtures come out it gives them something to look forward to.”

Harkin for one is enjoying the break at present but he knows the hard work for season 2020 is now just around the corner.
“I've been loving it to be honest because I was playing for about two years straight and I needed a break,” he continued.
“It's a long season but pre-season isn't too far away and once we get back at it we'll be looking forward to getting going again. It will be an exciting start to the season with Dundalk and then the first home game against Finn Harps so the fans really have something to look forward to now.”