'The fire has gone out' for retiring McGinchey

Sean McGlinchey believes he has made the right choice after making the surprise decision to retire from professional boxing at the age of 28. 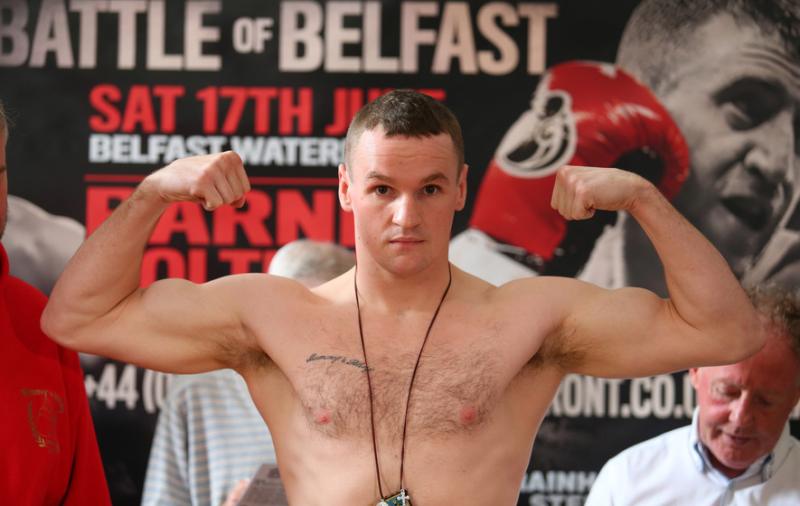 Sean McGlinchey has retired after 20 years in boxing.

Sean McGlinchey believes he has made the right choice after making the surprise decision to retire from professional boxing at the age of 28.
The super middleweight announced his decision on social media on Monday, bringing an end to a two and a half year professional career but a 20-year passion overall. McGlinchey reached the heights back in the 2014 Commonwealth Games when he brought home a bronze medal and eventually made the move into the professional ranks in 2017.
He won his first two contests, defeating Josef Obelso and Dan Blackwell. However, his time as a professional has been plagued by injury and medical issues and he has only been in the ring twice since then, losing on short notice to Padraig McCrory and most recently to Julio Cesar. It has been a frustrating spell for McGlinchey but he insists his decision to retire is down to his own passion and not what has happened in the ring.
“I've been thinking about it for the last year, thinking that I might give it one more chance and before my last fight I began looking into positive thinking which opened up my eyes,” he explained. “I always thought boxing was the only thing I could do but this positive thinking has made me believe that I can do other things and maybe I was just hanging onto boxing myself. That really opened my eyes to other things that might be out there.
“I had a good amateur career and did things that others only dream of doing. I'm getting to the stage where I'm going into training and even when I'm getting my hand wrapped I'm thinking that I couldn't be bothered with it.
“I'm only fooling myself because when I get into the ring then I'm not giving 100% and I'm just going to get hurt. I have a family to look out for and I don't want to pick up a serious injury which could affect me the rest of my life.”
McGlinchey is now looking forward to a new adventure in his life, with the support of his family fully behind him.
“My wee boy is getting older and I'm getting married next year and I'm getting to that stage of life where I'm looking to settle down,” he said. “I was just putting all that off to see if boxing would work but it hasn't. Maybe in two years or so, if the hunger comes back, there might be one more fight but at the minute the gloves are hung up.”
McGlinchey has taken to training young boxers in recent months and he admitted that he gets more satisfaction from coaching than he does at the thought at getting into the ring again.
“I'm getting a lot of positive messages about the sessions and that's making me feel good so that's where my heart is at the minute,” he acknowledged. “Hopefully I can bring a few Irish champions through and you never know maybe I'll end up working with the Irish or Ulster team as a coach.
“There are loads of options. I still have a competitive streak in me so I might think about a full marathon or a triathlon or even a strong man competition. I'll keep active in some way. I would like to thank everyone who supported me right from when I first started, and the fans and the sponsors for their support throughout.”