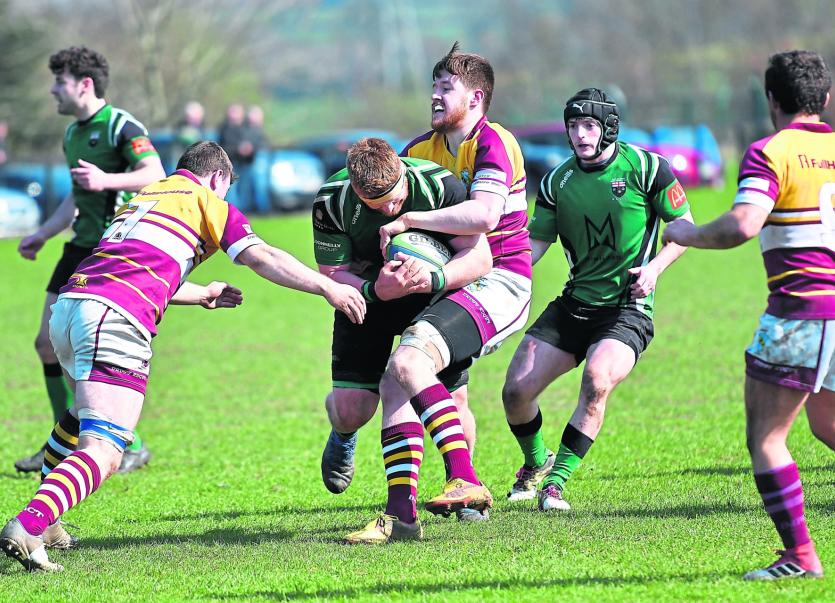 All eyes will be on Judges Road this weekend as City of Derry host Division 2C leaders Enniscorthy.

A victory for City of Derry in their final home game of 2019 could change the outlook of their season completely by bringing the play-offs into sharp contention heading into the New Year.
The season so far has been a roller-coaster for Derry who have struggled for consistency, but with their first away win, at Bangor last week, finally chalked up, hopes are high that a turning point has been reached. The victory elevated Derry to seventh place in Division 2C, where they sit just three points off third placed Omagh. It was perhaps more hard fought than it should have been, but the win over Bangor was ultimately all that mattered.
“Although there was only one point in it we played really well and we were the far better team,” coach Richard McCarter reflected.
“The one thing we were probably guilty of was not being clinical enough and not taking our chances because on another day we could have won that by 20 or 30 points. They didn't get out of their own half until the final ten minutes. They got a late penalty which was quite far out but their kicked had kicked a couple of good conversions from the touch line so my heart was in my throat a wee bit. Other than that we were fairly comfortable. We'll take the four points and move on to the next game.”
Derry will welcome league leaders Enniscorthy to Judges Road on Saturday, their first home game since the victory over Clonmel on November 9. This will arguably be Derry's biggest test so far but McCarter is confident that things can go his team's way to give them a huge boost heading into another important game at Midleton ahead of the Christmas break.
“That was the hope - that we could win against Bangor which would lead us into a big home game against Enniscorthy,” he explained. “If we can get something out of that, it would set us up nicely to go down to Midleton for the last game before the break so hopefully we can give it a rattle this week.
“It's just so important and that's why these games against teams in and around us are so important to win. If you lose them you could be bottom of the table. That's what we said to the boys before last week- it was a muct win match for us. By 4pm we could genuinely have been bottom of the table while a victory could have put us in the top four. Although we're not exactly in the top four, we are only two or three points off third so we're sitting nicely at the minute.”
The season so far has not been straightforward for McCarter, Paul O'Kane or the players but they have been able to hang in there to put themselves in a position of real opportunity heading into the festive period.
“We still can't put out the same team two weeks in a row so in terms of getting momentum and consistency it's hard to do that whenever you're chopping and changing the team every week,” McCarter continued.
“That's the big thing for this block of three – getting as many familiar faces out as we can and try and build momentum. I think we can win these next two games and even if we can win one out of the two it still leaves us in a decent position heading into the New Year and hopefully then we can get a few boys back and have the hunger to finish out the season on a real high.”