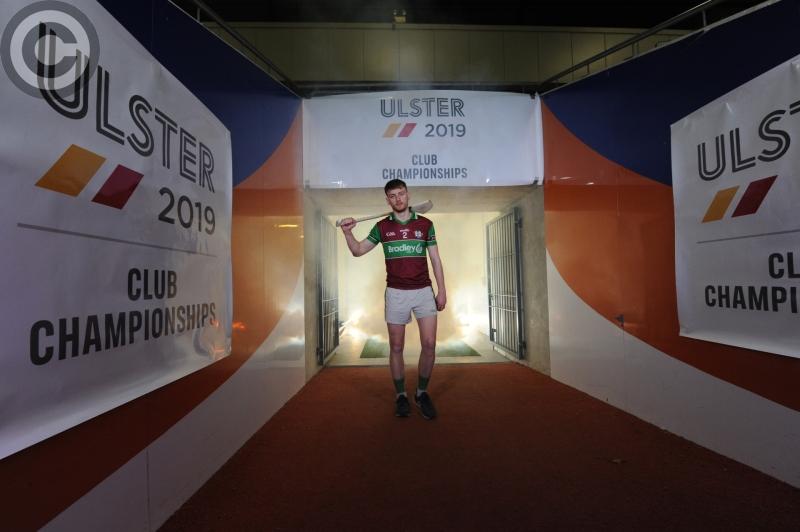 Four years ago Coleraine were crowned Ulster junior champions with a 17 point win over Down champions Ballela and this weekend they are back gunning for another title.

In the interim, they were banished from the junior grade in Ulster and after losing the 2016 intermediate decider (1-11 to 2-6) against Cloughmills, in the fog, under Slemish Mountain they drifted away.

This season they lost the intermediate qualifier to Swatragh (2-16 to 1-15) but with Ruairi Mooney in fine fettle at full-forward, they beat Na Magha to claim the junior title.  There was no fist pumps or hollering.  Rather it was a means to an end.  A pathway back to the provincial scene they felt they could work with.

At Owenbeg, they trounced Mullahoran with a helping hand from wing-back Ciaran McGoldrick before heading to Lamh Dhearg for a semi-final clash with Inniskeen.  Nine points from his brother and top scorer, Sean Leo, saw the Eoghan Rua bandwagon canter to this weekend’s decider.

In 1993, Glenullin man Brendan McNicholl played in defence as Slaughtneil hurlers overcame Lavey to win the senior hurling title.  Now he has taken over Eoghan Rua’s hurling fortunes, where he has wise heads Joe Passmore and Sean McGoldrick but his side, while centre-back Colm is also a selector.

Colm scored 1-5 in their 2015 final, only to be outscored by Ciaran Gaile who is no longer part of the squad.

Now is a team backboned by the McGoldricks once again.  Barry is at full-back, Liam is in midfield, Sean Leo is the wizard at number 11, with young gun Dara in attack alongside secret weapon Ruairi Mooney.

Niall Holly and Anton Rafferty are also key cogs in the engine that purrs into this weekend’s final as hot favourites.

While they may eye another possible All-Ireland bid after their 2016 attempt was blotted out by Glenmore at Croke Park, Newry Shamrocks marked new ground this season.  They lost six finals, between intermediate and junior, inside 10 years but persistence was their key.  After winning the Down title, they are one game away from the unthinkable.

Following a shoot-out with Kilclief in the semi-final, they were 10 point winners over Ballela in the final with county player Jordan Murphy capping off the final with a late goal.

Murphy isn’t the only inter-county link.  Paul Sheehan, who scored 0-5 against Derry in last season’s NHL opener in Newry.  He scored 0-20 on Down’s journey to the Christy Ring Cup Final and is a key member of the Newry attack but he hasn’t featured since his cruciate injury in the Down final.

Between the posts for the Shamrocks is Sheehan’s uncle Paul, the current Down U20 and senior manager who has progressed up the ranks in management but his focus this weekend will be curbing a Coleraine attack that have only found the net twice through Ruairi Mooney and Ciaran McGoldrick.

In Ulster it took another Murphy goal and three points in the final minutes from Eoin McGuinness to see off Armagh side Sean Tracey’s.

In the semi-final against Gort na Mona, a Darren Boyd goal for the Belfast side cut the Shamrocks’ lead to just three points at the break.  It was more of the game in the second-half but two points each from Conor McPolin and Eoin McGuinness made sure of their final berth.

PATHS TO THE FINAL