Jac ‘The Ripper’ to provide the Heat!

Derry fight fans can see the future right on their doorstep when upcoming star Jac ‘The Ripper’ Nicell represents Strike Martial Arts at ‘Heat 6’, which takes place in the city in just a few weeks’ time. 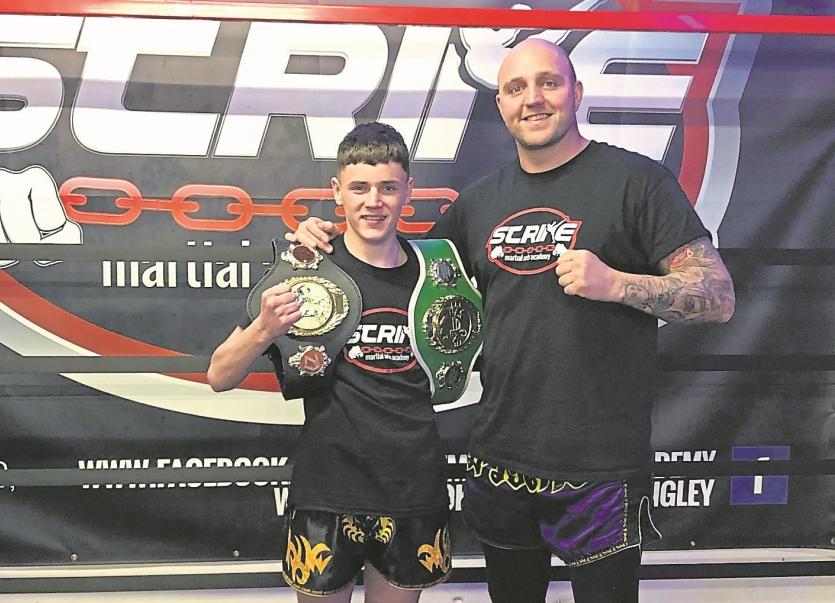 Derry fight fans can see the future right on their doorstep when upcoming star Jac ‘The Ripper’ Nicell represents Strike Martial Arts at ‘Heat 6’, which takes place in the city in just a few weeks’ time.
The teenager has come into his own in 2019 with his coaches at Strike describing him as the ‘brightest rising star in the field’.
Based out of Strike Martial Arts Academy on the Bay Road, Jac has trained relentlessly since the age of nine under the watchful eye of 4 times World Champion Pinta Quigley and already holds a Junior Black Belt in K1.
In May Jac won the Irish Junior Bantamweight Boxing title and on Sunday past Jac travelled to Drogheda to challenge Full Power’s Paddy Wieczeorek for his Cage Legacy Junior K1 title. Jac won by TKO when Paddy’s team decided he could not continue the fight after the first round. This means Jac is the only fighter in Derry to hold both a Boxing and K1 title.
On November 16th Jac continues his title pursuit, this time in his hometown, where he will be fighting for the ISKA Irish Featherweight Title belt. Jac “The Ripper” Nicell has wanted this title for a long time so this will definitely be the match of the night.
Anyone looking to support our local champion can purchase a ticket to “Heat 6” at Anne Street Sports Arena, Long Tower from Strike Martial Arts Academy.
“Heat 6” is Strike Martial Arts Academy’s 6th promotional event and is the only fight show in the North West that will includes amateur and professional K1 fights as well as Amateur Muay Thai fights!
As well as Jac’s headline, fight “Heat 6” will feature a packed card with some of the best martial arts talent the country has to offer so is definitely a night not to be missed.
Make sure to turn up on the night and support Derry’s best !