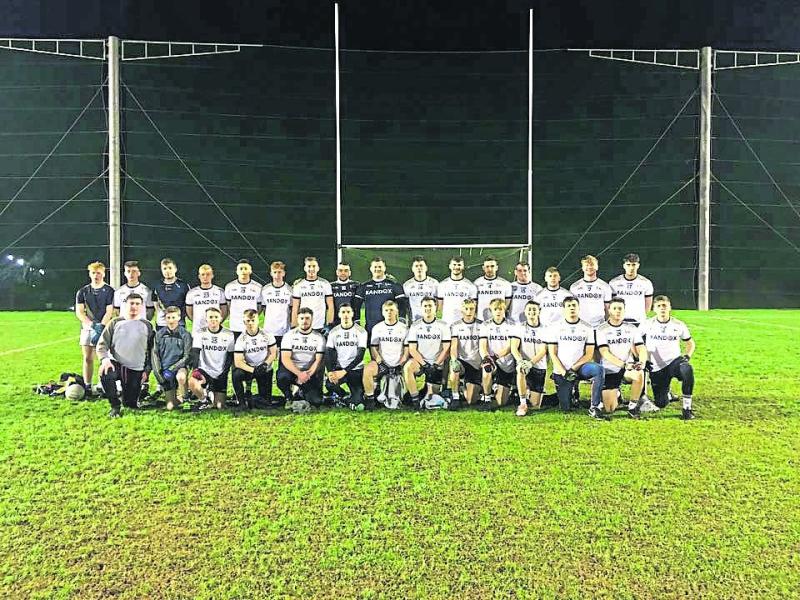 The Magee GAA team who are hoping for success this season.

The football season has just started for the Gaelic team at UU Magee and this year will offer new challenges to the squad.

Having won promotion from Division 3 last year in a nail biting final against IT Tallaght, the team will participate in Division 2 this year. UU Magee have swapped places with the UU Coleraine campus and will participate in the Trench cup this year - the second tier event in Varsities Gaelic football.

The team kicked off their campaign against a strong Trinity College team from Dublin on Monday night past and despite leading by 2 points with 10 minutes to go, eventually came up short by a score of 3.14 to 3.12.

According to team manager Stephen Friel: 'It was a very heartening display and clearly shows that we are well capable of mixing it at this level. Hopefully we can build on this performance and get a result against DKIT'

The team has a number of players that have at some stage worn their respective counties colours - Michael Mullan (Drumsurn and Derry), Michael and Paul Maguire (Ederney and Fermanagh), Cameron Mc Brien (Donagh and Fermanagh) and Paul Farrell (Robert Emmets and Donegal). In addition, players like Tony Devine and Sheagh Mc Laughlin could all get look ins with their respective county senior set ups this year.

In addition to playing in the Trench Cup the team will also field a 2nd team this year in the 3rd Division to ensure that the growing numbers attending training all have an opportunity to play competitive football this year.

According to Manager Stephen Friel: 'It’s certainly an exciting time to be involved with the GAA club in Magee. Paul Doherty our Development officer does a fantastic job promoting sports within the university and the additional of Neil Forester who is an excellent trainer has been a great addition to our management set up - the future appears to be very bright for Magee GAA.”