Derry City's Devine making an improved case for the defence! 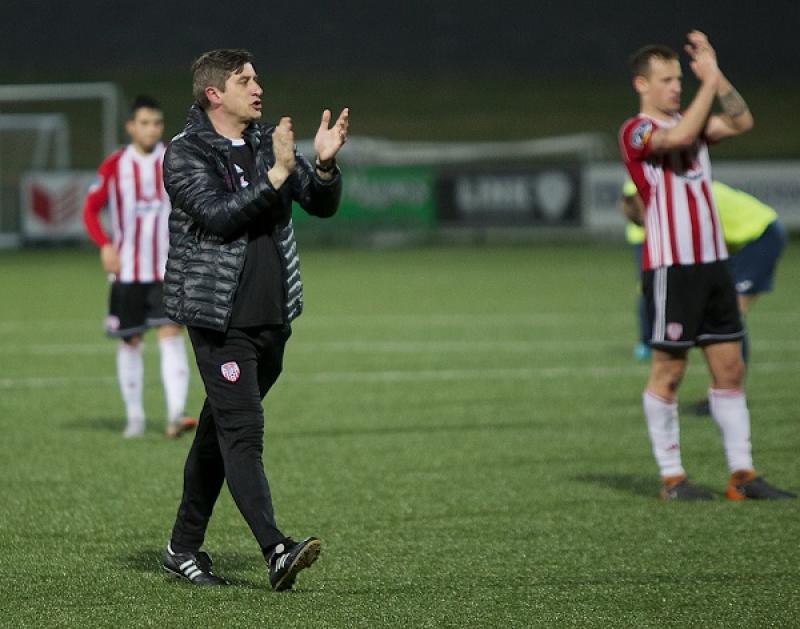 Regardless of what happens in the three remaining league games of the season, Declan Devine can already take satisfaction from achieving one of many promises delivered to Derry City fans upon his appointment – ‘We will no longer be walked over by any team’.

The passage of time can distort just how defensively tragic the Candy Stripes were throughout 2018. There are vague memories of bad defeats and woeful performances amidst a season which finished in a shocking eight place, but like any painful memory or experience, the mind does its best to bury them or dispose of them so completely that, for a diehard City fan, it’s like a bad dream.

In his first press conference as manager, with Kevin Deery, Paddy McCourt and Marty McCann alongside him, Devine promised a number of things to City fans – not least of all a team to be proud of, a team which would leave everything on the pitch and a team which would no longer be embarrassed, especially by visiting teams rolling them over at the Brandywell.
Less than a year later and with just three games remaining of a largely positive campaign, Devine has delivered on plenty of what he said – the pride in the team has returned, and no team has come close to embarrassing Derry City in 2019.

Statistics can always be presented in a subjective way depending on what angle presents itself, but the comparisons between this season and last are at the very least interesting and not to mention shocking.

Twelve months ago, Derry City finished in eighth place and conceded 82 goals in all competitions. This time around, they are on the verge of qualifying for European competition having conceded less than half of last season’s total. Such an achievement would be a significant result for Devine, his staff and his players, just one year into the job.

Personnel
The comings and goings at the Brandywell last year were a huge factor in the team’s inconsistency on the pitch, a remarkable amount of players wearing the red and white with varying success over nine months.

In all Kenny Shiels used a total of 32 players in 2018, 10 of whom made under seven appearances or less for the club. The likes of Armin Aganovic, Dapo Kayode, Scott Whiteside, Niall Logue, David Hopkirk and John Cofie all had minimal appearances during the season, with the likes of Aaron Splaine, Dan Seaborne, Dean Shiels and Ally Roy coming in to replace departed players halfway through the season. 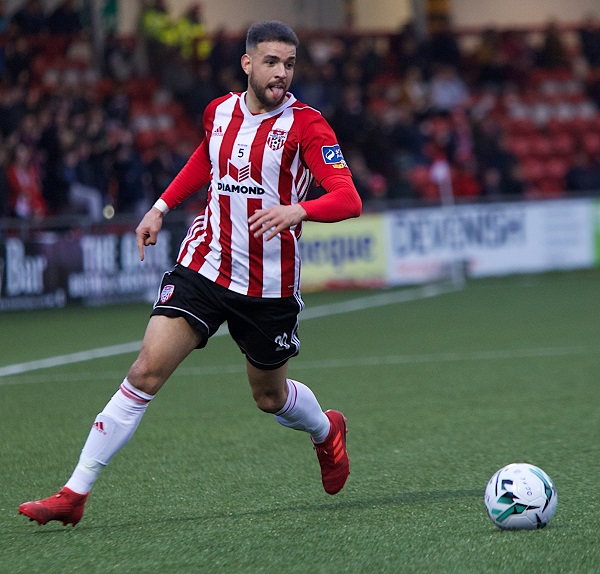 Darren Cole is one of only a handful of players to remain from last year and has been impressive this season.

Losing players like Ronan Curtis to Portsmouth would not help any team mid-season, but there is no doubt that the plethora of new players starting afresh halfway through a season did not help matters on the pitch at all.

Players will come and go in any season, but the consistency in selection has returned this season, with many City fans able to guess the starting eleven, particularly the back five before a ball is kicked in any game. Having a strong backbone of Peter Cherrie, Eoin Toal, Ally Gilchrist and Ciaran Coll week in, week out has brought a familiarity and solidity back to the Brandywell.

City’s mentality was a huge part of a vulnerable team, with the concession of a goal enough to throw the team off course completely. One such example came in mid-season. Five minutes before half time, City led at St. Patrick’s Athletic, but two goals in two minutes before the break turned the game on its head completely and City went on to concede five in all.
Far too many times, the City defence dissolved in the face of pressure, with the stats making shocking reading now.

Shiels’ team conceded more than twice in a game a total of 12 times last season with Shamrock Rovers (6), Dundalk (4x2), St. Pat’s (5x2) and Cork City (4,5) all having a field day against Derry. This time around Devine’s team have conceded more than two goals in a game only once, and that was in the FAI Cup tie against Dundalk which went to extra time before the third goal went in.

Since the end of May they have managed six clean sheets. Devine’s team defend from the front, as a unit, and with trust in each player in each position. Part of this improvement has come from more disciplined, hard-working and talented players. It hasn’t been perfect of course, with City conceding some avoidable goals in key games, but the horrors of 2018 it has not been.

Discipline
Referees have traditionally been a source of frustration for Derry City fans in recent years, but the players on the pitch have to stay out of the way of the man with the whistle also. 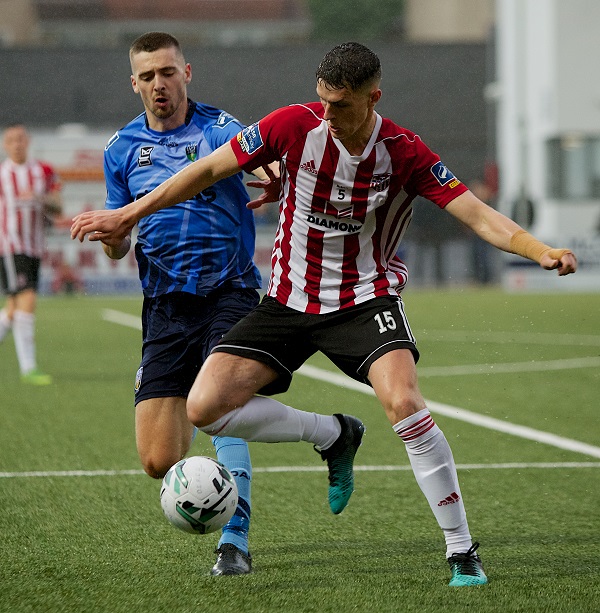 Eoin Toal has been arguably the most improved player at Derry City since last season.

There has been a marked improvement in City’s discipline this year. In 33 league games to date, the Candy Stripes have amassed less than 50 yellow cards and just 1 red card (2 if you count Jamie McDonagh’s post-match dismissal at Finn Harps). Last year was a different story, with City picking up 72 cautions and 4 red cards in a 36-game season.

Set-Plays
Conceding from a set-play is enough to make any manager want to pull his hair out. Fortunately these incidents have been few and far between this season, with City conceding only three goals directly from corners. Last year, Derry were much more generous from their set-plays, conceding 8 from corners and another six from free kicks.

It is all down to focus and concentration, with Devine always vocal in his instructions when set-play situations arise against his team.