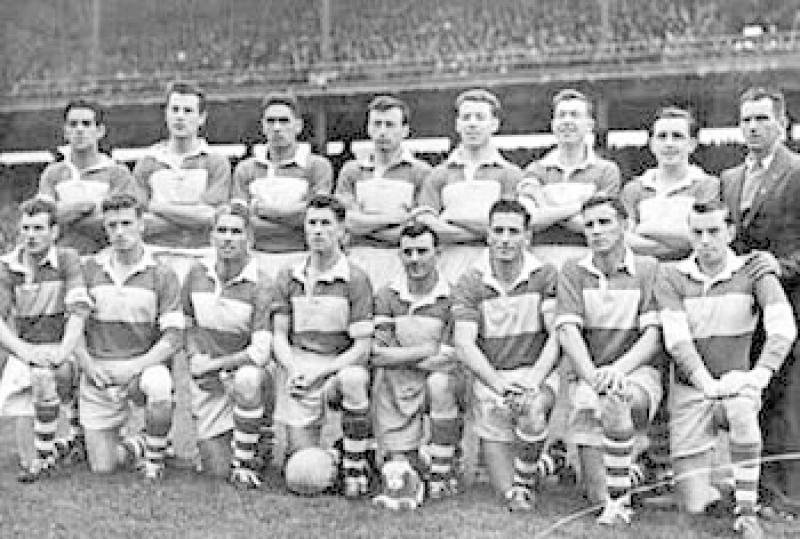 FORMER Newbridge and Derry player Owen Gribbin passed away on Tuesday at the age of 90.  Gribbin starred on the Derry team that reached the 1958 All-Ireland Final, a side managed by his brother Roddy.
After winning the Ulster title, Derry beat Kerry in the semi-final before falling to Dublin in September's final.
One of Derry's finest ever players was part of a famous footballing family.  At club level he lined out alongside his brothers Willie, Roddy, Mickey, High Francis and Henry.
"Sometimes forgotten amongst talk of great Derry footballers, Owen Gribbin was a household name throughout Ireland in the 50s," commented a Derry GAA spokesperson.
"One of the finest to wear the red and white jersey. A gentleman all his days, Owen Gribbin will remain an icon of Derry GAA. He will be greatly missed."
ADVERTISEMENT
Advertise with Us
ADVERTISEMENT
Advertise with Us