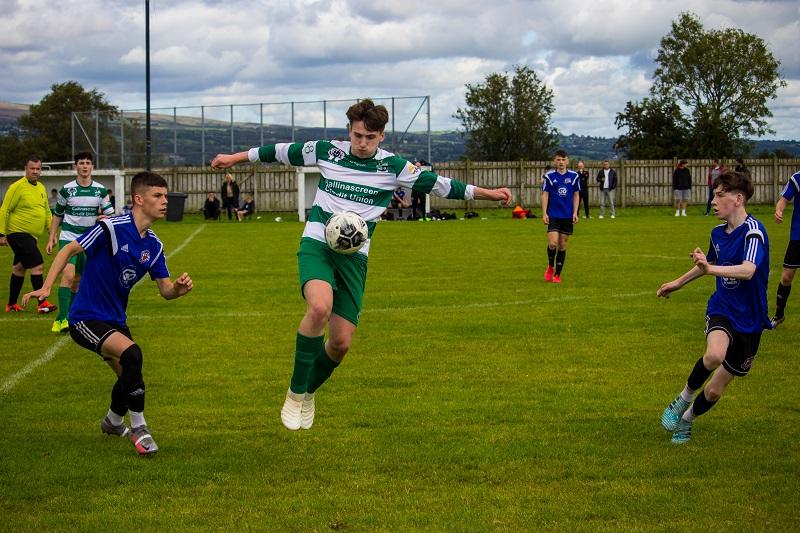 The U18s played their last game of the preseason on Sunday against a Maiden City side that are easily one of the best about at this age group.

The lads got off to a nightmare start, when on two minutes, a DC mistake from a corner left them one down. The young Celts started to grow into the game and it became much more of an even battle with McAllister having a decent chance to pull the sides level but he just couldn't compose himself in front of goal.

Maiden City had a few chances but Gormley held shots from distance well. After the water break, a slack tackle gave away a needless penalty that the visitors converted to double their lead. Maiden City had a free saved by Gormley but DC failed to clear their lines and Maiden City fired it back in across the box and into the bottom corner for 3 - 0.

Seconds later, McGuigan came close when he forced the opposition keeper into action, nothing came from the resulting corner. More good play up the right wing almost brought the breakthrough DC wanted but then, moments later, Maiden City went up the other end and struck the crossbar. The half finished 3 - 0 to the visitors.

The second half started as a much more even affair and 10 minutes into the second half, Eoin McAuley converted a corner at the near post for 3 - 1.

The home side got a lift from the goal and as they pushed forward for a second, the visitors broke up the other end and scored a fourth when a great cross in from the wing was tapped in from the 6 yard box.

The lads kept trying to play a good game and Lorcan McAlinden played a lovely weighted pass into Michael McKay in the box who was taken down by the keeper, Ryan McElhennon converted the resulting penalty for 4 - 2.

The Maiden City keeper saved with his legs to deny DC a third and DC couldn't get anyone on the end of the next corner as it trickled across the goal. Down the other end, the DC defence were calling for an offside whilst Maiden City were scoring for 5 - 2 and seconds later they got a 6th.

The lads played some great spells of football but slow decision making and a lack of concentration at times ultimately cost them against a very well organised Maiden City. Thanks to Maiden City for travelling down and good luck for the season ahead.

The lads start their league campaign on Sunday (12.00) against Foyle Wanderers at Cahore.