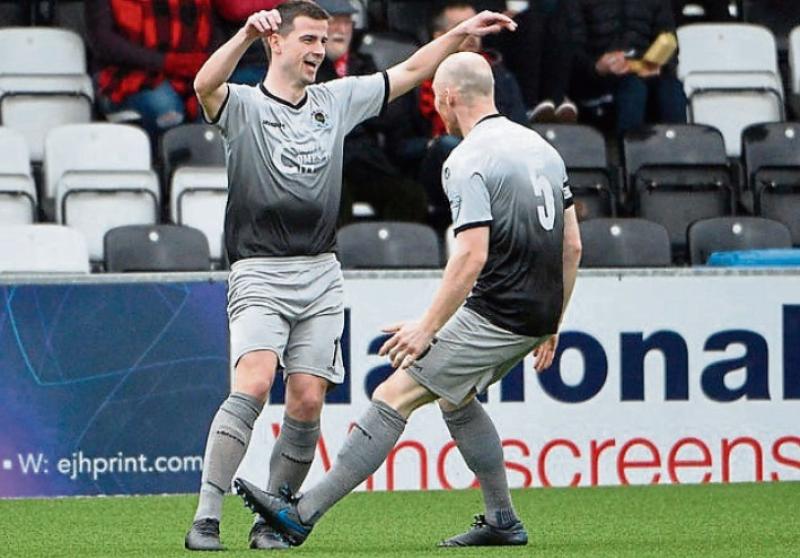 Institute's appeal against relegation from the Premier Division has been dismissed

Institute’s appeal against automatic relegation from the Irish Premiership has been dismissed.

With the Coronavirus pandemic bringing a premature end to the Irish League season back in March, 'Stute, who were in last place in the division, were relegated from the top flight based on a mathematical formula.

The club appealed the decision on June 26 with a number of arguments, including that ‘the NFL Board acting in contravention of sporting merit’ and that in acted in a ‘prejudicial manner’, stating the decision led to moderate action on the majority of clubs and a severely detrimental impact on other clubs.

‘Stute also argued that the Board ‘acted in direct opposition to the wishes of member clubs’ and that imposing relegation was ‘unsporting, unfair and unjust in the current circumstances’.

However, in a 13-page document released today, the arguments were dismissed as the relegation was upheld.

The decision by the Appeals Board stated that 'the NIFL Board acted fairly throughout the process and treated all club equally, insisting that sporting integrity was highlighted as a key principle from the outset'.

The accusations of prejudice were also dismissed, with the NIFL taking care to ‘investigate possible options and alternatives to ensure a balanced and proportionate decision was made’.

The decision also stated that the NIFL denied acting in direct opposition to member clubs, stating that because a consensus was not reached between all clubs, the Board made ‘what they considered the fairest and most reasonable decision in the circumstances’.

‘NIFL deny their actions have damaged the integrity of matches or competition and that no unlawful or undue influence has been exerted. They refute these as entirely unfounded…’

The Appeal Board dismissed amongst other things ‘Stute’s assertion that the relegation was unfair as it would have a disproportionate impact.

“Automatic relegation is part and parcel of the football cycle. It is unfortunate that this team is left in the position of facing relegation. But in the ordinary football calendar, the team in the lowest position in the division does not have the choice but to face relegation.”

The 13-page documented concluded with – The Appeal Board have unanimously found against upholding this appeal in favour of ‘the club’. The appeal is therefore dismissed.