'It is important that we do not lose sight of our true character, particularly in adversity.' 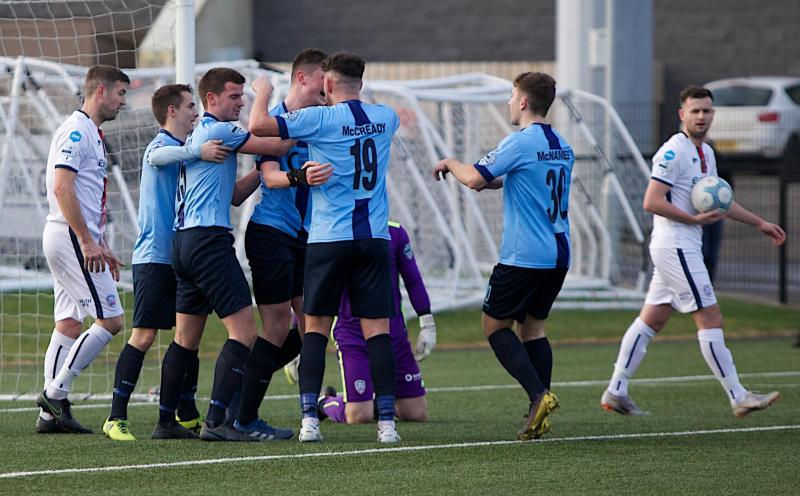 Institute continue to await news on their appeal against their relegation

Institute manager Sean Connor has accused the football family of 'going into hiding through fear and a lack of direction from the leadership' with the club still waiting to hear anything from their appeal against automatic relegation 50 DAYS after it was lodged.

With the new Irish League season planned to start in just over six weeks' time, 'Stute are in limbo, as are PSNI who were also relegated from the Championship based on a mathematical formula.

The 'Stute boss has been outspoken about his club's treatment over the past few months and the club have issued another statement as they continue their fight against the decision.

“Institute FC realises that the ongoing uncertainty over our future status is both frustrating and concerning for our supporters and our players.

“It is now almost two months since the club submitted it’s appeal against the NIFL’s decision to apply the automatic relegation principle to those teams in 12th place in the NIFL Danske Bank Championship/Premiership after the curtailment of the 2019/20 season due to the Covid 19 pandemic.

For clarity, our appeal was submitted to the Irish FA on 26th June and we submitted a further response to the NIFL’s subsequent assertions on 13th July, more than one month ago.

“Furthermore, as most supporters will be aware, the transfer window opened at the start of August and under normal circumstances we should already have formally agreed player contracts for the 2020/21 season. However, the protracted appeal process, and the uncertain nature of the eventual outcome, has impeded our ability to confirm any individual player contracts and, in our view, exacerbated the injustice of the original NIFL decision.

The club understands and sympathises with players’ desires to secure contracts for the coming season and whilst we have already lost a couple of them to other Premiership clubs, the majority have been loyal enough to await the outcome of the appeal panel’s decision before deciding on their immediate future and we are grateful to those players.

As we have stated before, we believe that the decision to apply the automatic relegation principle to our club when we still had seven games to play, five of which were at home, was a contradiction of at least two of the three key principles identified by the Premiership Clubs, and adopted by the NIFL, as the foundation on which any ‘end of season’ solution should be based. Those principles were; the health and wellbeing of supporters, players, match officials and club staff, the financial viability of all clubs, and an adherence to the concept of sporting integrity.

“At the time of the league's curtailment, it was still statistically possible for Institute to finish with more points than the 7th, 8th, 9th, 10th, or 11th placed clubs, because with seven games still remaining (6 of those against bottom six clubs and 5 of those at home) there were 21 points still available.

“This has been described by at least one seasoned observer as the equivalent of stopping a crucial game fifteen minutes early, just as the team that are losing 1-0 have been awarded a penalty, and subsequently allowing the result to stand. Indeed, the ultimate survival (after 46 games) of all three English Championship clubs who had occupied the bottom three places after 40 games adds further credibility to that argument.

“It is unfortunate, that at a time when the wider community were so united in their attempt to support each other during the Covid crisis, our ‘football family’ did not appear to have a similar focus.

“As a result, it may appear to some that there are other agendas and other forces at work when it comes to making decisions that could have such a detrimental and disproportionate impact on the future viability of smaller clubs in particular, and on the hopes and aspirations of the young players and communities in which they are rooted.

“Nonetheless, resilience, resolve and positive values are fundamental aspects of our club and it is important that we do not lose sight of our true character, particularly in adversity."