Derry City fall to defeat in their first game back 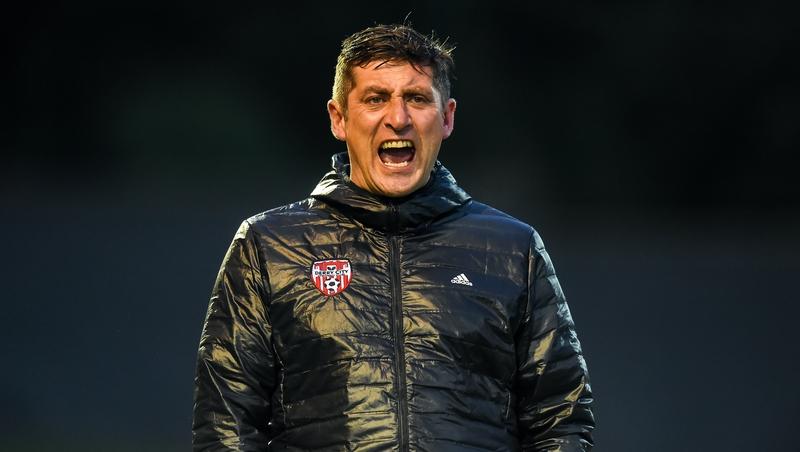 Sligo Rovers picked up their first win of the season as they picked up a deserved win over a lacklustre Derry City at the Brandywell.

In the first League of Ireland game to be played after the five month break, it was the Bit O’Red who looked sharper and hungrier, picking up a much-needed win that was rarely under threat from a City team who were surprisingly bereft of ideas in the final third.

There was no way back for Derry after Kyle McFadden headed City into the lead and Ronan Coughlan made sure of the points with a penalty early in the second half.

After a quiet start to the game, Sligo finally provided the Derry defence with their first serious test on 19 minutes, and it was one they failed as De Vries’ delivery was powerfully headed in by Kyle McFadden to give Sligo the lead.

The hosts were struggling to make any inroads into the Sligo half, and were almost caught again as they half hour approached, Ronan Coughlan put in one-on one against Eoin Toal, but just as the Sligo man worked his way into the area to shoot, Toal stuck out a leg to stop the shot.

Another Sligo corner led to another Sligo chance as City continued to labour, a creative pull back by Donelon onto the path of Buckley giving the centre-half space to try an ambitious effort from distance, but he was well off target.

Walter Figueira was working hard on his own up top, and he produced a little bit of trickery to get inside McFadden before his deflected shot won City their third corner of the game just five minutes from the break. From Bruna’s delivery, Eoin Toal headed down at the back post but Ally Gilchrist could only hook the ball over the bar from close range.

The second half started disastrously for the Candystripes as they gifted Sligo Rovers a penalty within five minutes, Eoin Toal barging Ronan Coughlan to the ground in full view of referee Paul McLaughlin. There was little complaint about the decision, and Coughlan picked himself up before dispatching the spot kick beyond Peter Cherrie to put the visitors in sight of their first win of the season.

City finally got a glimpse of a chance on 77 minutes and it was young striker Ferry who caused problems for McGinty, attempting to hook a cross from Malone in at the near post, with the Sligo goalkeeper scrambling to keep it out under pressure from Figueira.

Figueira came close himself in the closing stages but his effort flashed past McGinty’s goal on a forgettable evening for the Candystripes.