DERRY CITY FC PREVIEW: CONsider yourself one of us 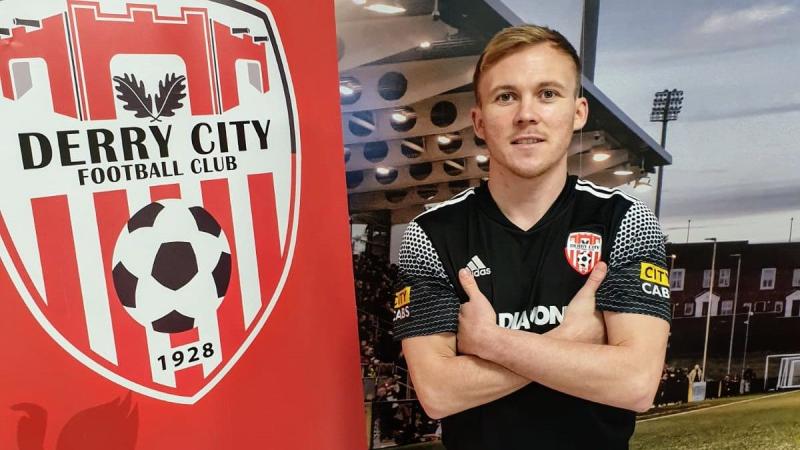 Conor McCormack will wear the captain's armband on the pitch this season. (Photo - Tom Heaney, nwpresspics)

Running along the Limavady Road long after training had ended, lost in his own thoughts, Conor McCormack had no idea he would be named Derry City captain this season – he was just glad to be back at the club.
Just a few months shy of his 30th birthday, the midfielder pushed away other options in the Irish League and the League of Ireland to come back to the Brandywell, and not to see out his last few years in the comfort zone.
A quick look at McCormack's CV shows that he is not about comfort, he is about winning – two league titles, one FAI Cup, one League Cup, two Setanta Cups, three President's Cups and three Leinster Senior Cups. He has played in Europe on countless occasions and brings the kind of experience that every ambitious team craves.
He has played with St. Patrick's Athletic, Shamrock Rovers and Cork City and won trophies with them all. The only team he has not tasted success with is Derry City, which could well be one of the reasons behind his return to the club.

Whatever his motivation, he has been determined to get in shape for this new season, those long and lonely runs around the two bridges just one mark of the attitude which convinced Declan Devine to make him his new captain.
“People say that Conor has been at this club in the past but then left but you have to understand that the appetite that he has shown since coming back to the club,” he explained.
“Conor was looking from the outside in last year and one of the things that he said to me was that he looked and felt what we were doing. He saw the crowds that were coming to the Brandywell and the togetherness of the players and the supporters in really rallying the club last year. He said from day dot that he really wanted to be a part of it.
“Conor loves this football club and he has a great feeling for it. His application to training has been magnificent, but more than that, I think he'll be a player on the pitch that can spit a bit of fire, he has that aggression, but he will also have that calming influence which he has gained in his career. He can also show our young players, and we have a lot of young players again this year, what it takes to win football matches in the League of Ireland.”

Privilege
McCormack replaces Barry McNamee as the man in charge on the field, both midfielders but different players altogether. Whilst McNamee was filled with craft, McCormack is filled with determination, and he is ready to lead by example.
“I'm absolutely delighted,” he said. “It's a privilege and I'm very proud to be captain of this great club.
“We're just going to take every game as it is. We have a lot of games, a lot of cup competitions and we have Europe to look forward to as well but we';re not going to look too far ahead and we're just going to take each game as it comes and hopefully we can take three points as much as we can.”
Nine new players have come in the door and the new level of competition is good for everyone insists the captain.
“It is healthy,” he continued. “You can see that in training that everyone is biting at the bullet and everyone wants to be in the first eleven come the first game of the season. Training has been really intense and been really good and it's good for everyone because it pushes everyone. You can't underperform and you have to be at your best even in training and that's what Declan and the staff demands. As a player I try and demand that off myself and I demand it off other players as well.”
Dundalk await, the champions against a team with lofty ambitions themselves. It is a mouth-watering game for everyone on day one of the new season.
“In the last four or five weeks we have trained together really hard,” McCormack stated. “We were away there for a couple of days as well up in Dunboyne and there were fantastic facilities. All the lads bonded and gelled well together so hopefully then some the start of the season we can gel well for each game. We can't wait now to get started. There's been a lot of hard work out into it and hopefully we can put that into place and hopefully come Friday night we can get a god result.”