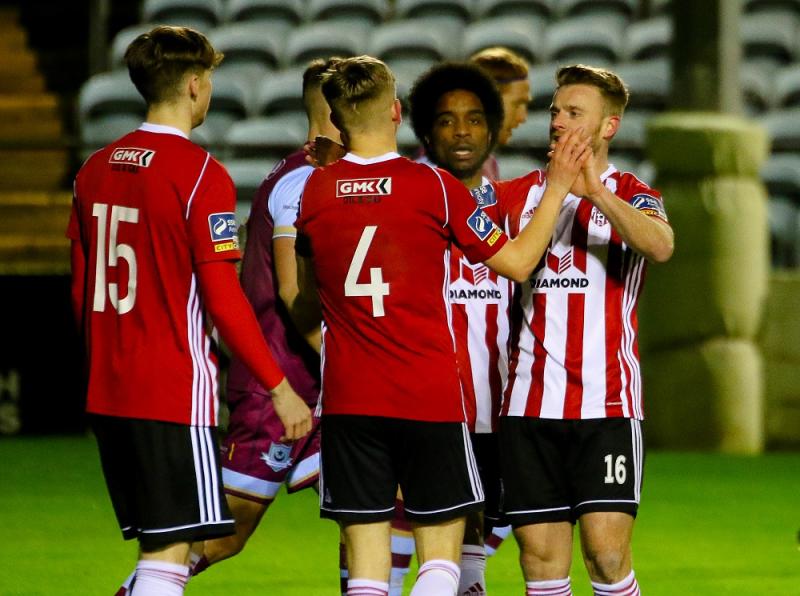 THE FIRST OF MANY?...Derry City players celebrate the only goal of the game in the 1-0 win over Drogheda United in the club's first pre-season friendly at the weekend.

Declan Devine will run his eye over four new players this week as he continues his preparations for the new season – but the Derry City boss won't be rushed.

Whilst defender Colm Horgan is likely to become the fifth new signing at the club, there are still a number of spots to be filled, particularly in attack. The City boss will have two attacking trialists in training this week, both of whom could well feature against Finn Harps this Wednesday night at the Brandywell. With two other trialists expected in before the end of the week, Devine is not limiting his options, as he searches for the right players.

Reflecting on the 1-0 victory in Drogheda on Friday night, the City boss admitted that the game provided a decent test for his players in the build up to the new season.

“It was a character-building exercise as well as anything,” he said. “It wasn't like a normal game when you're refreshed heading into a game because we worked hard beforehand and got a lot of work into the legs of the players.

“It was a good test. Drogheda will be a good team this year, because they have a lot of good players in their team. In terms of our first pre-season game I thought it was a very good performance up to an hour.

“Obviously when you make nine or ten changes then you're going to lose a wee bit of your edge and ball mastery and how you dominate the ball but there were a lot of very good performances.” 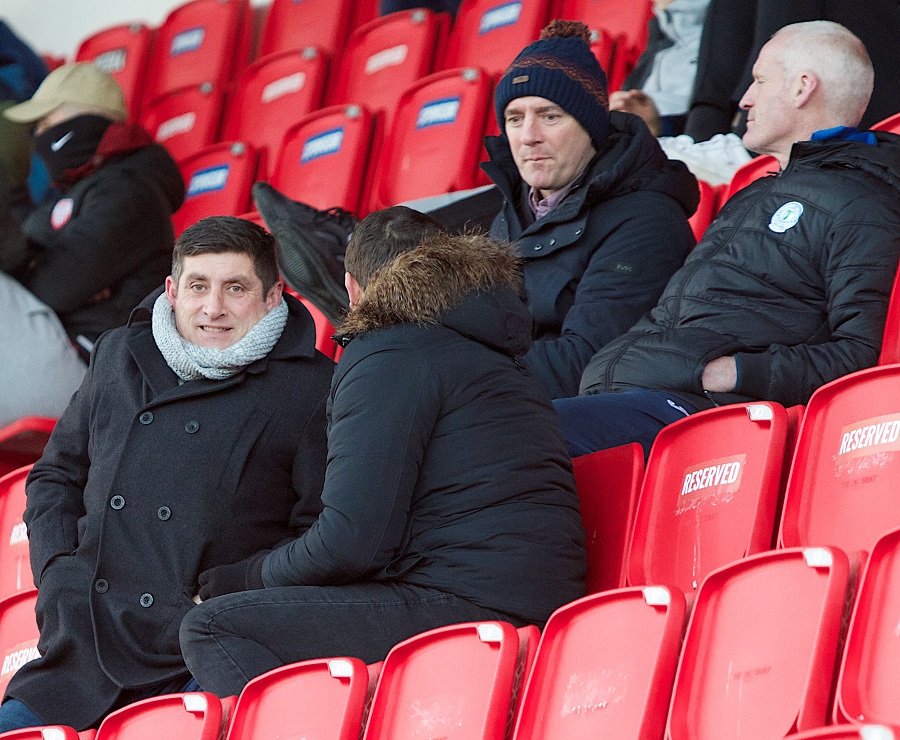 AT HOME AT THE BRANDYWELL... Derry City manager Declan Devine pictured at the Brandywell on Saturday during the Irish League game between Institute and Glentoran. Pic by Tom Heaney

City fans who braved the weather for the trip saw a number of new faces on the night and Devine was delighted with the new signings in particular.

“We had two or three trialists who did well, but more importantly the new signings that have come to the club did well,” he continued. “I think Walter Figueira was outstanding and he worked very hard. He didn't get his chance but he worked so hard for the team.

“I thought Stevie Mallon had a fantastic debut, I thought Conor Clifford was excellent and Conor McCormack looks as if he's never been away from this club. The we had the guys who were here last year; Jamie McDonagh was sensational in the game, Ally Gilchrist playing at left back was very, very good. Ciaron Harkin just keeps getting better so what we're going to have this year is a lot of competition for places and rightly so because we have good players at the club and we just have to push it on a wee notch.”

Malone return
One huge positive for Derry City from the weekend was the return of midfielder Jack Malone. Malone played for 45 minutes on his return from a long-term knee injury which kept him out of action for three months.

He returns into an experienced and talented midfield and Devine believes that can only be a good thing for the 19-year old.

“Jack has been brilliant in training,” Devine stated.

“He is still finding his feet because he was out for three months but he's like a tiger in midfield because he gets after everything. The one thing that people like Jack Malone can do is look around the group and see serious footballers in the squad.