'I know I've made the right move' - Conor McCormack

McCormack admits his interest in returning to Derry City after viewing the change at the Brandywell under Declan Devine. 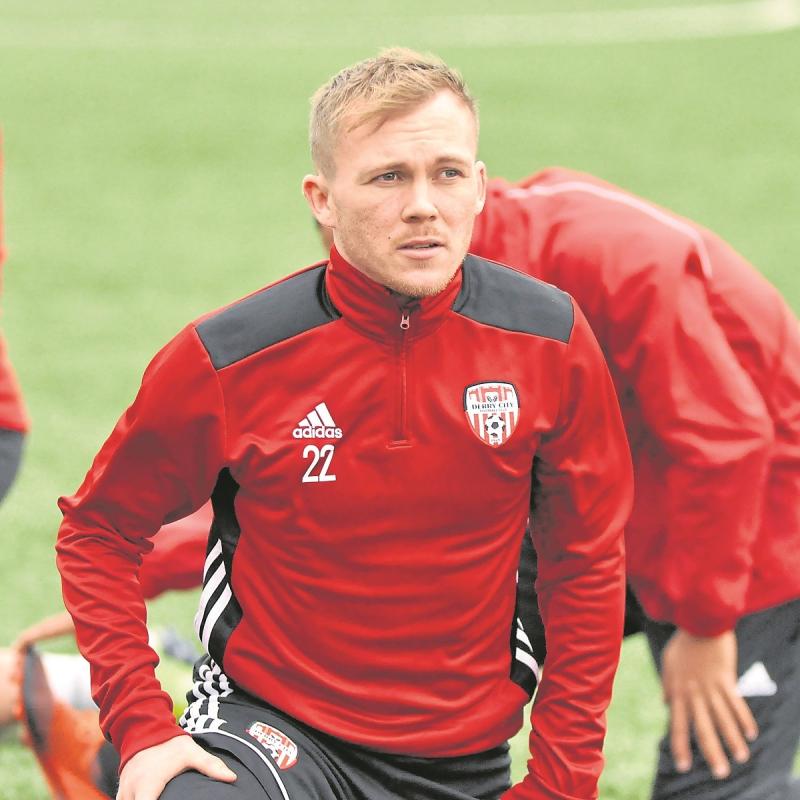 Conor McCormack admits his interest in returning to Derry City went back several months after viewing the change at the Brandywell under Declan Devine.
The former Cork City midfielder is now set for his second stint as a Candystripe and he admitted that it did not take much to convince him to the club he played for back in 2015.
“From the outside looking in last year all the lads loved working hard,” he said. “They were very hungry lads and I wanted to be a part of that group and that's why I chose to come up here so hopefully we can push on this year and be right up there.
“I know most of Derry already from previous times. I enjoyed it up here the last time so it was a but of a no brainer to come back and I'm happy with my decision because things are going well.”
McCormack and his new team mates have been in pre-season training for almost two weeks now and the midfielder agrees the team will be ready for the big kick off at Dundalk on February 14.
“Training has been very good,” he acknowledged. “There's a lot of players in there and the staff have us right on it. This week we have had a lot of sessions and a lot of changing up of sessions – we've had swimming, yoga, spinning and running sessions as well so it's all been mixed up so it's been a good variety. It has been very interesting very good and we are all enjoying working very hard.
City will travel to Drogheda United tomorrow for their first pre-season friendly game and McCormack is looking forward to seeing the squad take shape over the coming weeks.
“It will be good to get the first pre-season game out of the way and get the cobwebs off and the shackles off and prepare us then for the first game at Dundalk,” he said. “The quality is around the group and Declan will bring in two or three more to build around the squad. There are some good young lads coming through as well.”

Mallon
Meanwhile, another new Candystripe is hoping to make an immediate impact in the coming weeks. Stephen Mallon took the advice of friend and Sheffield United team mate David Parkhouse before agreeing to come to the Brandywell and is hoping to be just as successful.
“I’ve already had a word with him and told him I’m going to try and do a bit better, maybe go one step further,” he explained.
“One thing I promise is I will give 100 per cent to the badge very week. I’ll work my socks off and hopefully I can get a few goals and assists and help the team and maybe even get some silverware at the end.
“It was actually David who came up with the idea of me coming here and when I talked to him he spoke very highly of the club; of the league, the staff and the players, so it was just something I thought was a great idea and so far I’m enjoying it here.
City fans will likely get their first glimpse of Mallon when Derry City face Finn Harps next Wednesday, January 22, the first pre-season friendly game at home and Mallon himself cannot wait to get started.
“I’m looking forward to it,” he added. “It’s an opportunity for me to go and get games, get playing and get that experience I’ve needed this past couple of years. I’m not coming over here with the mindset that it’s a backward move because if I thought that I probably wouldn’t have come,” he said.
“I know this league has got some talented players and the tempo and everything just suits me. I can come here, work hard, get games and put myself in the shop window to kick on from here.
“Everyone saw what ‘Parky’ did last year and he’s put himself in a miles better position than what he was in before he came here.”