'Derry City fans in for a treat this season' 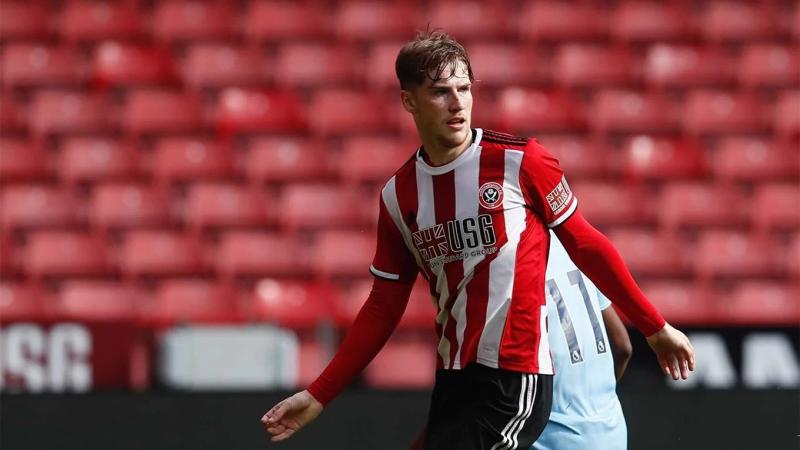 NEW ARRIVIAL .... Stephen Mallon has become the newest face at the Brandywell, having joined on loan from Sheffield United.

David Parkhouse has backed Sheffield United team mate Stephen Mallon to become a huge success at the Brandywell this season.
The 20-year has followed in the Derry man's footsteps by leaving the Blades to join the Candystripes on a six-month loan deal, becoming the fourth new signing in the close season. Mallon, from Belfast, can play in a number of positions but primarily on the left wing, and Parkhouse believes that City fans are in for a treat this year.
“He's a brilliant and very talented footballer and aside from that he's a brilliant lad,” he explained. “I'm very close with him and I hold him in high regard but in terms of what the fans should expect, nothing but hard work and a bit of flair. He's not shy in taking players on, he's very attacking minded and he's very competitive and positive in his play and I have no doubt that's what he will bring to the Brandywell.”
Parkhouse was a huge star at the Brandywell last season and having thoroughly enjoyed his time with his home town club, he admits that may have played a part in Mallon's decision to accept a loan move to City.
“I'd say I had a bit of influence on him making his decision,” he laughed. “I didn't feed him any lies or try to sway him but I told him what I thought and it was up to him to take it on board. He saw that I had a really good year last year and we had loads of conversations about it. The opportunity came around to potentially sign for Derry and he's done that but I didn't force him into it.”

Opportunity
Taking a step away from a Premiership team to, albeit only for six months, is a move that some players would not take, and Parkhouse believes that his friend and team mate is keen to have the same impact as him at his new club, in order to progress his career when he eventually returns to England.
“Stephen is not looking for a step backwards,” he said. “There are loads of critics out there who say it's a step backwards but they obviously don't know the game enough. To say it's a step backwards is a big statement. I don't like that. Obviously I got criticised last year but by no means was it true.
“You have standards to keep and you have to have high performances because at the end of the day you are playing competitive football.
“The League of Ireland is the highest level you can go in the country so he knows that it's not a step backwards. He just wants to kick on and reignite his career.
“He's in the same position that I was in last year and all he wants to do is show himself and he wants a taste of what I had last year and if he puts his head down and works I have no doubt that everyone will love him.”
Ultimately, the decision for Mallon, as it was for Parkhouse, is a big step designed to progress his career, but that could well work out in Derry City's favour, making it the perfect deal for both parties, as it was for Parkhouse.
“You don't make a career in football by just getting it handed to you,” he insisted. “I didn't get it handed to me, nor did the players from Derry who have gone on across the water. You have to work. In England, a lot of players are in the set-up from U9s upwards, similar to Jack Malone who has worked his way up through Derry. But you have to work even harder to get noticed over in England so it's all about taking risks for you to get a career. I had to do it and Stephen has to do it. If you want it that bad, you have to take those risks.”