'The best signing Derry City has ever made'

Perhaps lost in the news of a budget increase at the Brandywell this week, was the revelation that Philip O'Doherty will be at the club 'for the foreseeable future'. 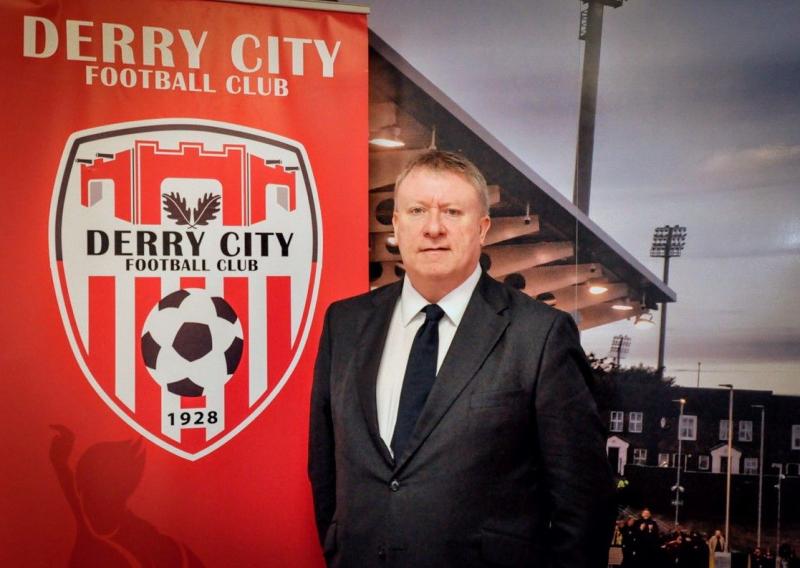 Perhaps lost in the news of a budget increase at the Brandywell this week, was the revelation that Philip O'Doherty will be at the club 'for the foreseeable future'.
The club Chairman has been the financial rock behind the club in recent years, and after revealing that he had increased Declan Devine's budget by 30% earlier this week, his statement that he is going nowhere, despite his growing business responsibilities, was met with relief and delight amongst the fans, with one stating that O'Doherty is 'the best signing that the club has ever made'.
O'Doherty has business interests in Donegal, Dubai and America to name a few, but Derry City will always be at his heart.
“I’m not going anywhere,” he said. “The only issue I have is that I travel probably about 75 per cent of my time but I’m here for the foreseeable future.
“I’ve got three factories around the world and we’re looking at other locations around the world. But no matter where I am, I’m going to be there for Derry City.
“Dodie (McGuinness) is doing a great job running the office and Declan doesn’t need looking after. I don’t try to micro manage any of these guys, they all do their jobs.
“We meet once every two or three weeks. He (Declan) can email me or ring me anytime but in terms of face to face meetings, it’s about every two or three weeks.”

Delighted with progress
O'Doherty brought Devine back to the club last season, and watched as the former goalkeeper, alongside his staff and a brand new playing squad, finished in fourth place, bringing European qualification and European money back to the club.
"I was absolutely delighted with last season," O'Doherty continued. "The way we ended the season before was demoralising to say the least.
"This man (Declan Devine) and the team he brought with him and the players he brought in did really well. They met all our expectations and more. I think we're in a stronger place now but we still have a fair bit to go in terms of signings.
"Declan's budget has been increased by 30 per cent on last year," he confirmed. "We haven't increased the ticket prices and we're expecting a wee bit more sponsorship but not much more.
"There's a fair amount of effort put in by the Board of Directors to basically to give Declan a bigger budget so he can compete at an even higher level than last year.
"Dundalk will be very hard to peg back," he added. "All I can do is my bit and give him (Devine) a bit more for his budget but still keep the club on a sound financial footing."
Running the football club is a constant challenge for all involved, and O'Doherty knows that will not change in 2020. The Chairman though is determined to make his local club competitive.
“It’s going to cost £1 million to run the football club this year,” he stated. “That basically comes from contributions, sponsorship, gate receipts.
“One of the disadvantages we have is we pay VAT on all our gate receipts, whether they’re season tickets or individual match tickets. That’s a 20 per cent disadvantage on that part of our income. So we are hamstrung with that unlike other League of Ireland clubs because there’s no VAT on sporting events in the Republic.
“"We're making an effort in terms of increasing the budget and I do think we will challenge again this year.”