McCourt in his element in new role at Derry

Officially, he's the club's new Technical Director, but Paddy McCourt will not change – doing whatever he needs to do to bring success to Derry City 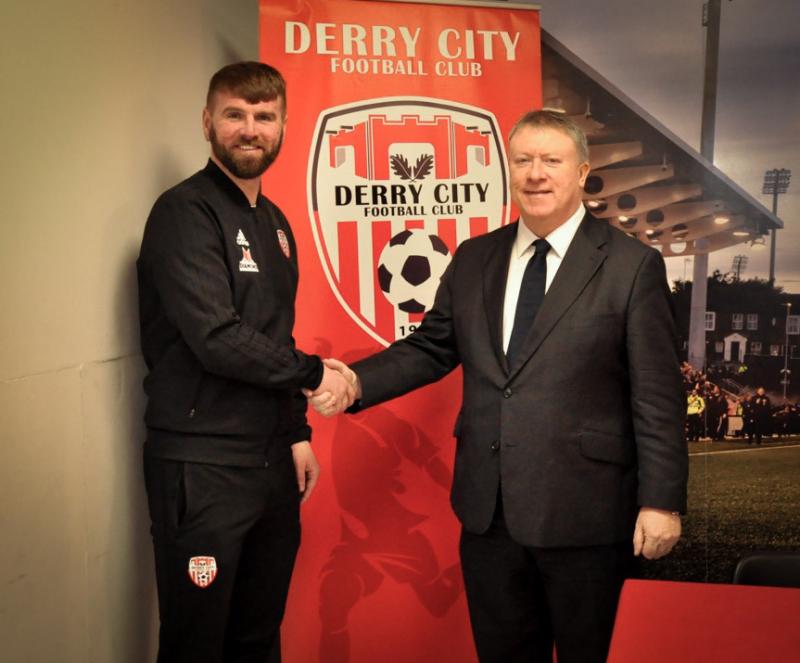 Officially, he's the club's new Technical Director, but Paddy McCourt will not change – doing whatever he needs to do to bring success to Derry City.
The former Celtic star has only been back at the club for around a year and a half and his impact has been noticeable, and hasn't gone unnoticed by Chairman Philip O'Doherty or CEO Sean Barrett. Nor has it gone unnoticed by manager Declan Devine who has been able to get on with his job of managing his football team whilst McCourt works quietly and effectively in the background. It may be a new role in title for McCourt, brought in originally as Academy Director, but he is not entering unknown terriotory.
“It’s probably not a new role as it’s a role I’ve been doing for a while, there’s just been a new title put on it. It’s a role I sort of inherited after Declan (Devine) came in,” explained McCourt.
“When I came in under Kenny Shiels, I wasn’t ‘in’ as such. I was looking at things and having the odd meeting but I was very much focused on only the Academy.
“When Decky came in, as everyone knows, we didn’t have a lot of players and we all needed to lend a hand and we seemed to get a lot of players on board in a short space of time. I handled a lot of that for Decky because he was getting pre-season going so I was doing all the phone calls.
“I suppose my new job is to try and take a bit of work away from Declan in terms of contracts, recruiting players and scouting players, which leaves him free to focus on the Friday night match,” he added.
“My four main roles will be to oversee the recruitment, the academy, contract negotiations and re-negotiations, along with Dodie McGuinness and Sean.”

Transfers
The hard work has been going on behind the scenes in recent months and both McCourt and Devine are hoping to see the fruits of that labour in the coming weeks, with 'four to five' players expected to arrive at the Brandywell.
“If the modern day manager tried to do everything which is involved in modern football, you wouldn’t have enough hours in the day, so we all rally round,” McCourt continued.
“We have signed three players now and we’ll probably sign another four before the window shuts, potentially five, but we aren’t in a rush.
“We have got specific targets for areas we are missing. It’s not like last year when we had to go ‘bang’, ‘bang’, ‘bang’ as we needed to get a squad together in six weeks. We now have a nucleus of a good squad, of good people and good players. Now it’s about filling the important parts in terms of your attacking or defensive side.
“There are people we have been working on for a long time and hopefully we’ll get some answers from those players over the next two or three weeks.”

Management in the future?
McCourt has long been touted as a potential Derry City manager in the future, and will complete his UEFA Pro Licence this summer. His progression in his coaching and his role at Derry City seems to be paving the way for a road into club management in the next few years.
“It depends where you go because there probably isn’t going to be this role at every club in Ireland,” McCourt said. “As I said, I came in as Academy manager and then grew into this role but I’m really enjoying both sides,” he explained.
“We have an excellent manager so my job, and everyone’s job, is to support him as best we can. Further down the line, if management is something I fancy, then I’ll have a look at it but, for now, my main role is to support the manager.”