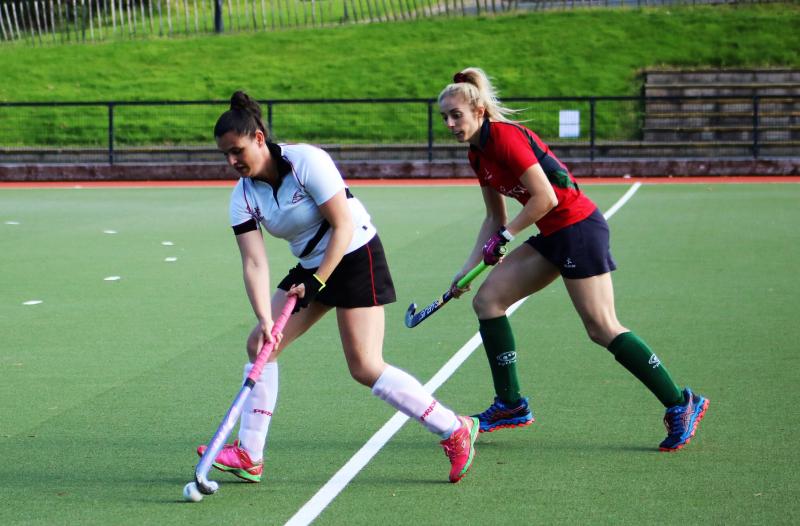 Local hockey club Priorians have come up with an ambitious and unique idea to raise funds during this worldwide pandemic – by walking, running, cycling the distance to Tokyo.

The ‘Road to Tokyo’ fundraiser was thought up by club member Crystal Cunningham, in response to the Irish national hockey team being unable to get to Tokyo Olympics this past summer. The distance the Irish team would have had to travel is significant – 5,i871 miles in fact, but that is the very distance the ladies of Priorians will attempt to replicate over the next few weeks, with the help of friends and family.

Already two weeks in, the girls have clocked up over 2,000 miles, an incredible effort so far, and with participants raising sponsorship for their efforts, some much-needed funds are being raised for a group that has been described as much ‘a family as it is a club’.

Emma Allen, a player with Priorians is one such participant.

“We came up with the idea of virtually travelling the same amount of miles as the Irish team to get to Tokyo, which is 5,871 miles,” she explained. “We actually have a past member, Megan Fraser, who is part of the Ireland team, and we are hoping she will get picked to go with them, so we wanted to do our bit to ‘travel to Tokyo with Megan’.

“The response has been really good. In our first week, we managed 1,427 kilometres, and then the next week we had 1,950 kilometres done. We actually have 90 people participating. We even have some of our juniors taking part and they are going out walking with their families.

“A lot of people have been sending us pictures as well so it’s really good to get the whole club involved. It works out that it’s around 1,500 kilometres a week so we are well ahead of our target at the minute. Due to the restrictions we can’t really get together, but if they do lift we can all get together some day and do a big walk.”

Be it walking, running or cycling, every mile counts, with the big numbers downloaded on the ‘Strava’ app, which keeps a running tally as the Prior girls close in on their massive target. There is much more to this venture than just fundraising however, as Emma explains.

“As a small club, we have a lot of outgoings, and with Covid, we couldn’t get any of our fundraising done over the summer, so it’s about raising a bit of money for our club. We have to pay for quite a lot so hopefully this can raise a bit of money to go towards that.

“We wanted to make it exercise-based. With Covid going on, we have found that a lot of people are just staying in the house, so we wanted to encourage them to get out, for their mental health as well. We say Priorians are a family club and we thought it would be a good idea to get everyone involved.

“This is all about keeping together, keeping fit, keeping that camaraderie and helping our mental health as well.”

Join in the ‘Road to Tokyo’

If you would like to join in on the ‘Road to Tokyo’, just download the Strava App, go to explore, click on clubs and search for Priorians Hockey and join! Then watch as you contribute miles to the leaderboard and our overall challenge.

“Anybody can join in,” Emma added. “The more people we get the quicker we get the miles done, and if we get to Tokyo virtually, we could even think of coming back again if we have even more people.”