Rainey announce captain as they prepare for unique season

The IRFU have announced a unique competition structure for 2020-21. 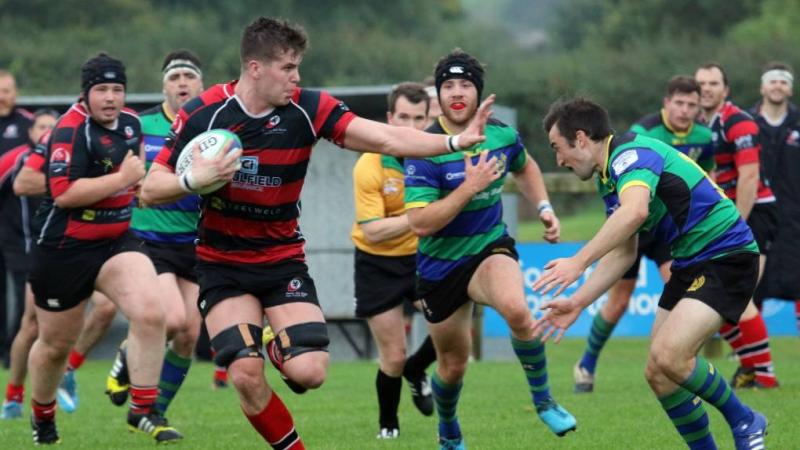 Rainey OB RFC have named their club captain for the first XV in what will be a unique season in Irish rugby.

Director of Rugby Brian Smyth and Head Coach John Andrews announced that Ronan McCusker will captain the side for the 2020/21 season.

“Ronan has played with the club since underage level and has represented Ulster A as well as stints playing in the USA,” they said.

“The McCusker family have a proud history within Rainey Old Boys as Ronan played on the 1st XV with his 3 brothers, Phillip, Michael and John in the promotion season of 2016/17.

“Their father Ronan (Chico) who also played for and captained the 1st XV in the 80s and 90s, all the while supported on the sidelines by their mother and wife, Carol.

“The Club are delighted to have Ronan as 1st XV Captain and look forward to the season and wish him well for the year ahead.”

The Magherafelt club will form part of a unique competition structure for the 2020/21 season, with a regionalised provincial series providing a warm-up before the All-Ireland League.

Stage 1, starting on September 5, will be the Energia Community Series, which will see teams face each other in a series of provincial conferences and will be unique to the 2020/21 season.

Stage 2 will consist of the Energia All-Ireland League and will commence on January 9, with each 10-team division remaining unchanged from the 2019-20 finishing positions.

Each team will play nine games, with semi-finals and finals in place for all divisions within the league. No relegation or promotion will take place this season.

IRFU Rugby Committee Chair, Greg Barrett, said mitigation of Covid-19 risk was at the forefront of their decision-making.

“Our Return to Rugby Guidelines For Clubs mapped out a ‘safety first’ approach for clubs,” he said.

“We continue to be guided by this and the work of IRFU Medical Director Rod McLoughlin as we build towards a resumption of competitive rugby in 2020.

“While there are many factors which helped shape this season outline, you will see that player welfare and COVID-19 risk mitigation are by far the biggest consideration.

“We are also hopeful that a focus on keeping rugby at a localised level in the first stage of the season brings with it an opportunity for clubs to re-energise their membership."