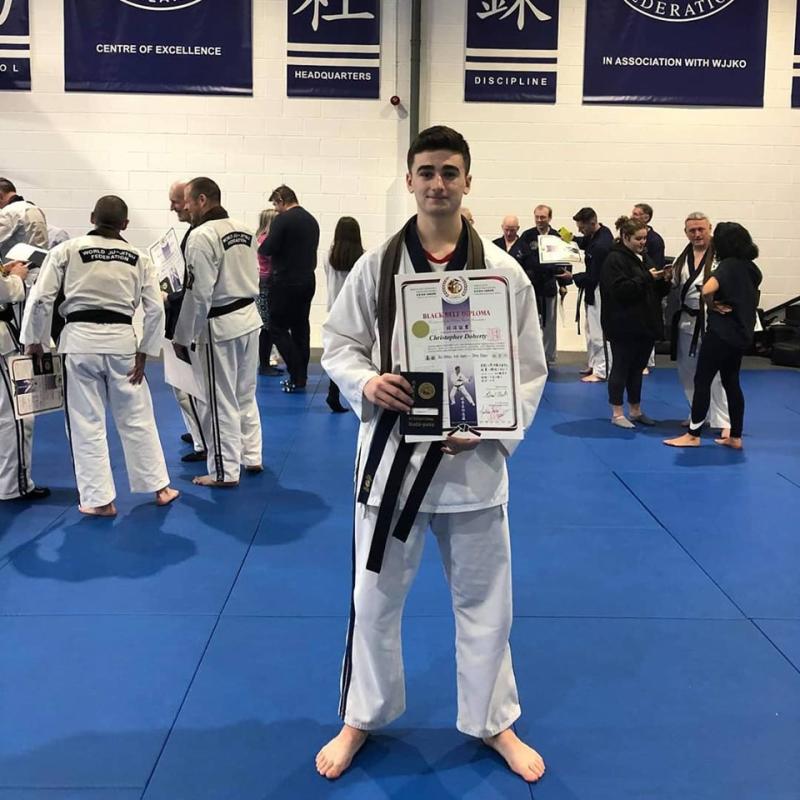 Christopher Doherty with his black belt

St Patrick’s Maghera pupils Christopher and Tiarnan Doherty have been making the headlines.

Christopher, a Lower Sixth pupil, received his black belt in jujitsu at the Dojo in Ballymena recently.

He began the sport at the age of eight and gained his first belt in September 2011. Christopher trains twice a week with Maghera jujitsu club in the leisure centre.

In the lead up to the grading, he added in a session in Magherafelt with Sensei Jim Canning. Christopher’s main coaches are Eamonn Convery, Eugene Murray, Michael Muldoon and David Reid.

His younger brother Tiarnan (below), in year 10, was also graded with his junior black belt on Saturday.  They train together at home and very much enjoy the sport. 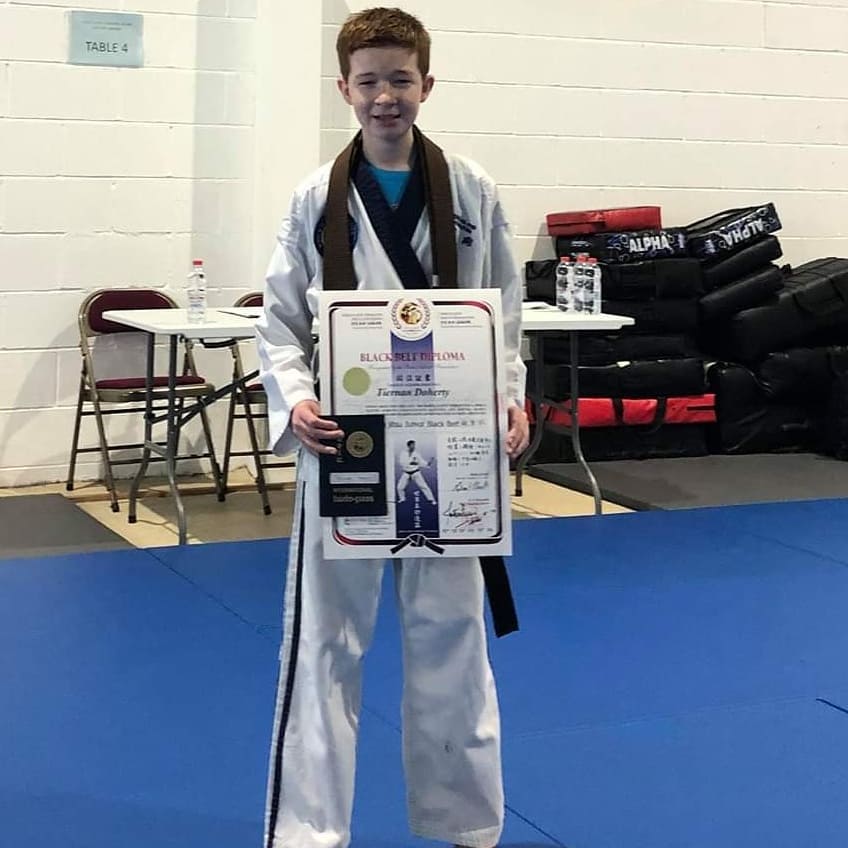