Hugh McWilliams: A giant of generosity 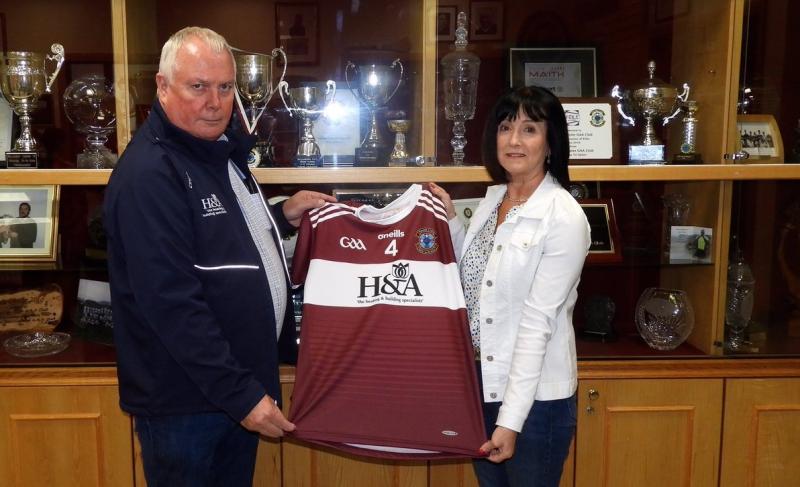 The parish of Ballinascreen this week said a sorrowful farewell to one of their own, Hugh McWilliams - an unassuming giant in every sense of the word. In family, business and community.

Devastation and disbelief reached into every corner of County Derry last Friday afternoon, as the news of his sudden death filtered through. Everyone I spoke with over the weekend was just in shock.

My thoughts are with his wife Anne and the entire family, as they unite in grief. Rarely would you see Hugh without Anne. They went everywhere together.

His family were never far behind. My sympathy also goes out to his daughter Maureen, son Carlus, son-in-law Benny, daughter-in-law Maria, his grandchildren Ollie, Leo, Fiadh and Lily Anna. It's not often you go to Owenbeg that you don't see them all there to take in a game, no matter who is playing.

Hugh 'Peter' was well-known far from his own townland of Cloane. He was Managing Director of H&A Mechanical Services, a company he started in 1993 with his wife Anne. Together, they grew the firm from six employees to over 300.

When you think of a local community, the provision of local jobs is unquantifiable. The parish of Ballinascreen and the surrounding areas have benefited greatly.

In terms of an amateur sport, like GAA, one of the factors rarely mentioned is the importance of clubs not losing players forced to emigrate in search of work. This can't be done without stable employers, without people like Hugh McWilliams.

Then there is the sponsorship element. Hugh and Anne have been the Derry GAA's main sponsor since taking over at the end of the 2015 season. They also sponsor the camogie and ladies football teams, while also backing the senior football and hurling leagues.

Derry's statement last week was very apt, labelling Hugh as a 'giant of generosity' and all at a time when the H&A logo wasn't splashed across the national media like the big hitters of Dublin, Kerry and Kilkenny.

Closer to home, H&A are also in their fifth year as Ballinascreen's main sponsor, also across all four codes.

Other examples of Hugh's generosity went unnoticed, away from having a company brand associated with it. All the local schools benefited from his support, local mental health charity STEPS and St Vincent de Paul. The list could go on.

Two years ago, to celebrate 25 years of H&A, he held a family fun day at the local An Ráth Dubh Community Centre. From the moment you walked through the gate, everything was on Hugh's tab...from the bouncy castles to the refreshments. They also organised a charity golf day and coffee morning, with all three events raising £25,000. He bumped the total up himself, so both charities – Cancer Fund for Children and South Derry Down's Syndrome - were presented with cheques for £20k.

For such a successful business man, he never forgot where he came from. He wasn't shy about putting something back. And all with modesty, far from any fanfare.

One of the most enjoyable years of my life was the summer of '07, training the Derry minor team. A swing of Damien Reddington's left boot may have snatched the All-Ireland minor title from our grasp, but I feel much richer for being involved with that group.

We had some craic along the way - sailing up and down the M1 in the big yellow bus, with the tunes belting and the summer opening up in front of us. There was also a special bond with the supporters and parents.

It was the first time I met Hugh 'Peter'. He left Carlus to the bus one Saturday morning when we were Ballyshannon bound to play Roscommon in a challenge game. The Rossies had won the All-Ireland the previous year and Hugh was asking how long I thought the Derry minors' summer would last. We hadn't a clue. It was one eventful step at a time.

Fast forward to September and as I got off the bus and trudged through the lobby of Dublin's Crown Plaza after the All-Ireland final heartbreak, Hugh came forward to shake my hand. Defeat was gurgling in the pit of both our stomachs. I can't remember exactly what he said, but, he was thanking us, while relaying how much his son had enjoyed the journey.

Years later when John Francis Bradley, who also played on the same minor team, was seriously injured in a car crash and fighting for his life. Ballinascreen club, with Hugh McWilliams at the forefront, arranged a 'Night for JF'. 'Screen club was packed. You couldn't have turned a sweet in your mouth.

In hospital that night, John Francis spoke for the first time since his accident. The next morning Hugh delivered the many items from the auction to the Bradley family and gave him a pathway back into work. The club later handed over the money donated on the night. Another example of giving. You could write a book.

A few months after that All-Ireland minor final, Hugh arranged for a gathering of the squad at the Hogan Stand Bar in Moneyneena. There was music, a buffet, craic and Hugh was in his element. It was like closure on the season.

I always enjoy calling into the Hogan Stand and the owner, Tempo man Charlie McNally, claims his porter is the best around. If Hugh was there, he would always send a pint down my direction, like he did for many others.

He would never accept one back, but would merely invite you into a football debate with him and Pele, his close friend John Scullion.

Hugh would love it. The topic was usually - 'Screen, Slaughtneil, the Derry championship, the county scene and back to 'Screen again. Often there would be agreement, sometimes there wasn't and the slagging would begin before they'd return to chatting with their wives Anne and Mary G. The four of them were so close.

Tuesday was no doubt tough day for everyone in the McWilliams family circle, in Ballinascreen and beyond as they said their final goodbye.

He will be sadly missed by his family and friends. I count myself lucky to have known him.