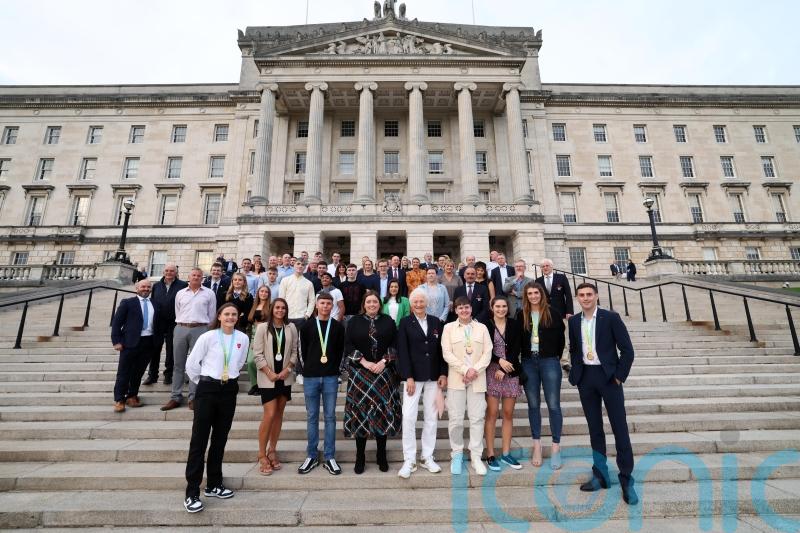 Northern Ireland’s Commonwealth Games medallists have been honoured with a celebration event at Stormont.

Athletes from the region scooped a record 18 medals – including seven gold, seven silver and four bronze – at the Games in Birmingham earlier this year.

Those in attendance included Bethany Firth, who won a gold in swimming, and boxing gold medallists, brother and sister Aidan Walsh and Michaela Walsh, and Dylan Eagleson.

Communities Minister Deirdre Hargey, who hosted the event for the team, described an exceptional summer of sport.

“One of the highlights for me was attending the Commonwealth Games where I witnessed Barry McClements’ silver medal-winning performance in the pool, a fantastic boxing win by Jude Gallagher, brilliant performances in the gymnastics arena by Rhys McClenaghan, Ewan McAteer and Eamon Montgomery, whose participation at the Games was a story in itself, and an exciting performance by Shauna O’Neill at lawn bowls,” she said.

“Increasing participation in sport is a priority for me; it is important that we maximise the opportunities we have to showcase the progress being made, through the outstanding success we have had at Games such as these, yet still recognising that there is a lot more to do.

“It is also fitting that we recognise excellence and achievement in sport – for we know the power of sport as a means of uniting our community and building a better future for everyone on these islands.”