Pathway to resolving NI Protocol can be found if there is a will, says Martin 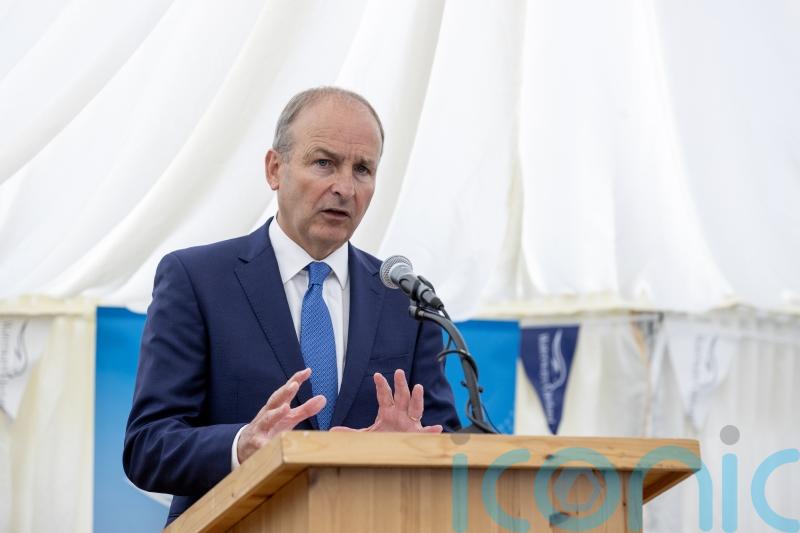 Ireland’s premier has congratulated Liz Truss on becoming the next UK Prime Minister, saying he hopes to reach an agreement on issues around the Northern Ireland Protocol.

Micheal Martin said a “pathway” to resolving the matter can be found “if there is a will” and that the Irish Government will work with the British Government and the European Union “to do the practical and sensible thing”.

He said a strong partnership between the two Governments is “vital” to underpin the Good Friday Agreement and support peace and prosperity on the islands.

She was appointed at the Queen’s Scottish estate shortly after Boris Johnson tendered his resignation.

As foreign secretary, Ms Truss angered the EU by tabling the Northern Ireland Protocol Bill, which would allow ministers unilaterally to scrap the arrangements the UK signed up to as part of the Brexit withdrawal agreement.

“I wish to extend my congratulations to Liz Truss on her appointment today as Prime Minister of the United Kingdom,” Mr Martin said in a statement.

“A shared history and close ties of people, of economy, and of culture link our two countries.

“A strong partnership between our two governments is vital to underpin the Good Friday Agreement and support peace and prosperity on these islands.

“I hope we can use the period ahead to prioritise EU-UK engagement and to reach agreed outcomes on the issues around implementation of the Northern Ireland Protocol.

“I am committed to a strong and deep relationship between our countries, and to working in an open and constructive way with Prime Minister Truss.

“I look forward to our close co-operation and early engagement as we face important issues on these islands and globally.”

Speaking later in Shannonbridge, Co Offaly, Mr Martin said the protocol issues need to be resolved in the “best interests” of the people of Northern Ireland, the UK, Ireland and the EU.

“I’m a realist, I understand the politics behind what has happened to date,” he said.

“But fundamentally when you listen to people from the industrial side and from business in Northern Ireland, particularly in agriculture and manufacturing, they are very clear that the protocol is essential.

“And some are very concerned of aspects of the dual regulatory framework contained in the British legislation which would undermine those companies and those sectors.

“The starting point has to be what works for the people of Northern Ireland in a practical way around businesses and goods and services.

“We acknowledge there were legitimate issues raised in respect of some areas around the operation of the protocol.

“Our view is there is a pathway to resolving those if there is a will.

“We want to work with the British Government and the European Union to do the practical and sensible thing.”