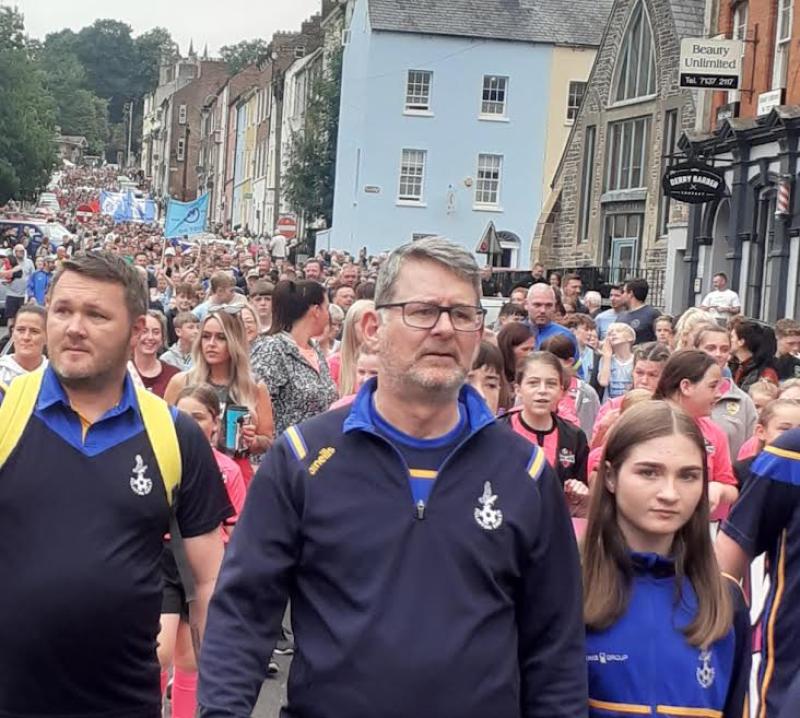 The Foyle Cup making its way down Great James Street on its way to Guildhall Square.

Up to 7,000 people have taken part in the Foyle Cup opening parade.

Over 400 teams, a record entry for the event, are taking part at numerous venues across the city and the North West.

Team members were joined on the parade by coaches, officials and family members.

Leaving the Magee campus of the University of Ulster, the parade was led into Guildhall Square by the Lislaird Pipe Band from Castlederg, followed by the Oxford Bulls and Downs Proud teams.

Hundreds lined the route with the parade taking 25 minutes to pass a particular spot.

On arrival in Guildhall Square they were greeted by the Mayor of Derry City and Strabane District Council, Councillor Sandra Duffy.

It is the first tournament taking place since 2019, due to the Covid-19 pandemic.