That was close! Jason Smyth wins gold on a photo finish!

The narrowest of wins for magnificent Smyth in Tokyo 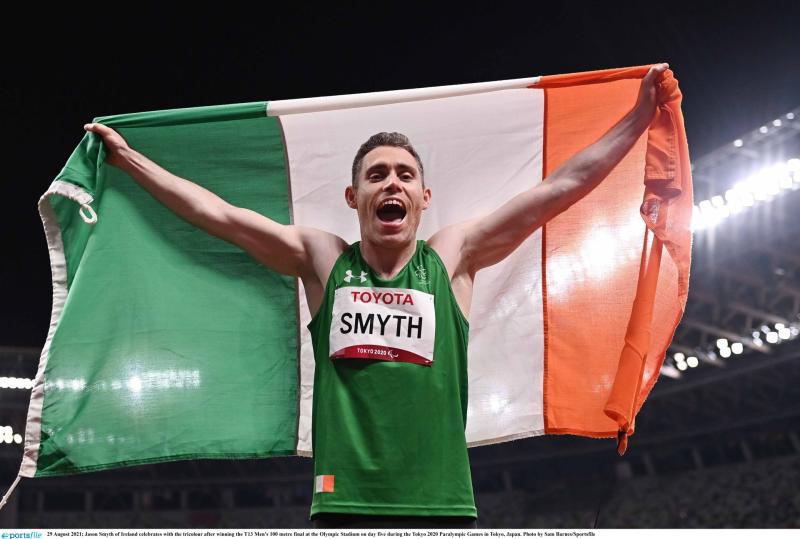 He's done it again, but it was so, so close.

Jason Smyth has taken the gold in the T13 100m at the Paralympics in Tokyo, just finishing ahead of Algeria's Skander Djamil Athmani by one hundredth of a second.

The win gives the Derry man his sixth Paralympic gold medal and maintains his unbeaten run in Championship races. His win was due to a brilliant start as he just stayed ahead of the Algerian, and he kept his nerve and dug deep in the final moments to get over the line by the narrowest of margins.

It is Smyth's fourth successive 100m title at Paralympic Games, having won in Beijing, London and Rio.