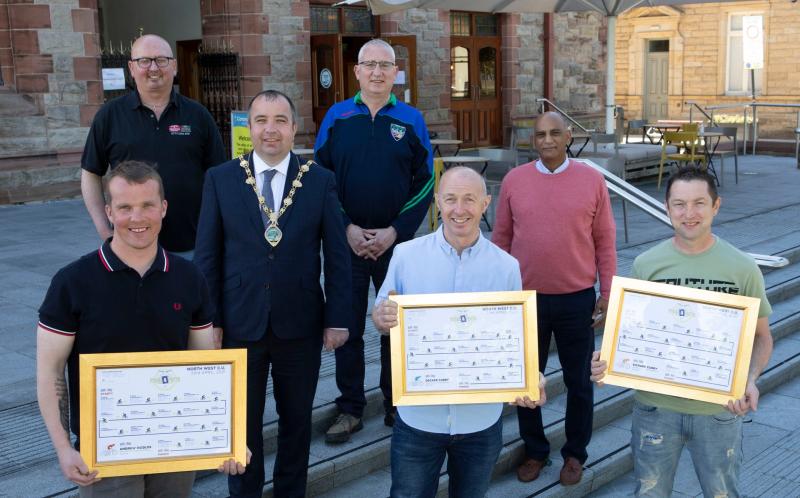 Mayor Brian Tierney who presented a framed map of the route to local cricketers on completion of the "Pedal for Patto" charity cycle (Pic: Tom Heaney/NW Press Pics)

The campaign was started to raise funds for Andy Patterson, a former cricketer who was diagnosed with Spastic Paraplegia in March of 2013. A group of Andy's friends came together and decided to cycle around every cricket club in the Northern Cricket Union in 24 hours to raise funds to allow Andy to make much needed renovations to his home in order to provide as much of a sense of normality in the future as possible for him.

Andrew Riddles, Decker Curry, Richard Curry and Bobby Rao all took part and met with Mayor Tierney who congratulated them on raising over £5,000 as part of the north-west leg of the challenge.​