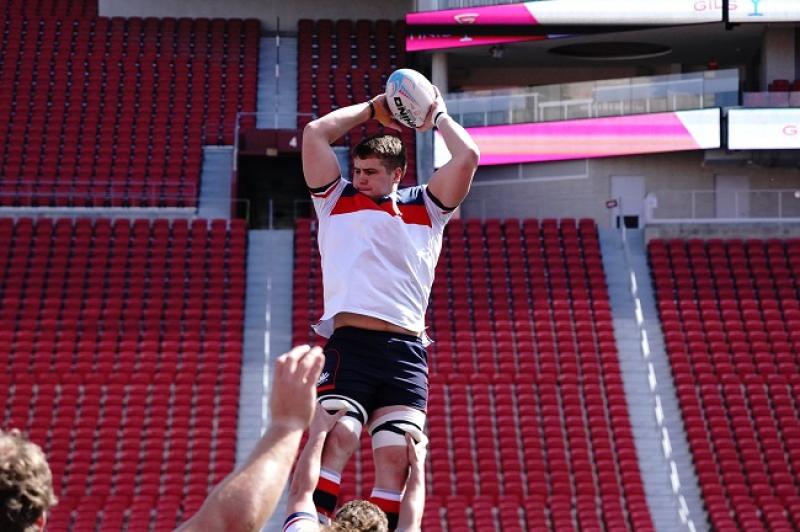 The 25 year-old lock came off the bench in the Boston club's 32-0 win over the Houston Sabercats last Saturday.

On opening day, the Free Jacks fell to a 42-27 defeat to star-studded LA Giltinis side, in the iconic Los Angeles' Olympic Stadium, one that included Adam Ashley-Cooper, Dave Dennis and Matt Giteau among 10 Wallabies and Canadian international DTH van der Merwe. McCusker won a line-out that led to the Free Jacks' final try of the game.

“It was a pretty big win so it's all good,” McCusker told the County Derry Post of his 32 minutes of action in Saturday's victory in Texas.

“We can still play better, there were a couple of things we didn't take care of, but it shows glimpses of what we can do. I think we will do well in 2021 and try and get our hands on the MLR Shield.”

He was happy with his own performance, feeling he was 'pretty dominant; when carrying the ball, winning line-outs, was involved in mauls and made 'a few' tackles.

“I was busy with the time I got in the second half,” he added.

Both their pre-season warm-up games 'fell through' leaving the Free Jacks on the back foot going into their first season, their first of the new league after 2020 was declared void due to the Covid-19 pandemic.

“The way I looked at it, was that we didn't have any game time and we still managed to score 27 points on them (LA),” McCusker points out. “There was room for improvement and we showed that we could be dangerous.”

After taking care of some of the smaller details from their defeat, we focussed on their own individual roles and attacking the Houston breakdown, it left them primed for Saturday's encounter.

“It was a sharpening of the steel, so we were hissing coming into the weekend,” McCusker added.

lethal. We were a doubled edged sword. We were confident with what we had, we just had to pull it off and we did.”

McCusker holds dual nationality. His mother Carol is a native of Jenkintown Philadelphia, his oldest brother Philip now lives in Boston and his younger brother is pondering over a move to the Free Jacks next year after finishing university.

“I started off playing (GAA) for O'Donovan Rossa, that's where I got my motor skills, catching and kicking,” Ronan said of his early days.

“I wasn't too bad, but rugby suited me better with all the the physical stuff and I was starting to stretch out a bit,”

After playing at U18, U19 and U20 level for Ulster, he returned to play for Rainey while he completed his Building Surveying Degree at Ulster University.

“That's where you learn a thing or two about rugby as you come into the senior side of the game,” he said of his time with Rainey. “That's where I got hardened up and learned the game.”

“That's when the ball started rolling,” he adds. “Alex Magleby (Free Jacks' CEO) got in contact asking if I wanted to try out with Free Jacks who were forming.

McCusker played in their first ever game against the Ontario Arrows and later signed a two-year deal with the Free Jacks.

“After Christmas 2019, I flew out here and it was supposed to be our first season with the MLR, but it was cancelled after five games,” he said.

At home, he went into quarantine, he trained and played with Rainey until the season back home came to a halt after the second lockdown last autumn.

“I was already in a good place, stayed on top of things and flew out here in January for pre-season,” McCusker added.

“Ryan Martin (Free Jacks' coach) is the best coach I have had, I have learned so much so far and I am learning every day from him at training. He pushed everyone to learn and be better. He has high expectations of everyone.”