Both the county's council areas have plans to honour the young Oakleafers. 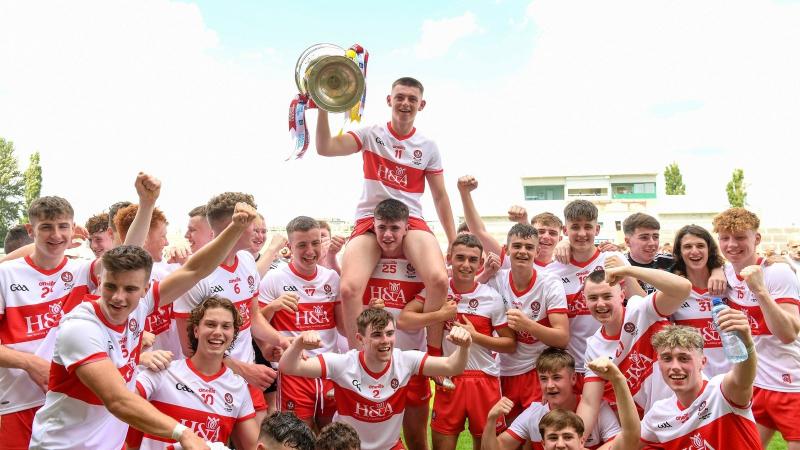 A civic reception is to be held in honour of Derry's All-Ireland winning minor team.

The team secured a brilliant victory over Kerry earlier this month to win the title.

Mid-Ulster District Council has agreed to invite the team and management to a civic reception once Covid restrictions permit.

The matter of the team's recent All-Ireland win was raised at last week's monthly meeting of the council by Sinn Féin Councillor Sean Mc Peake.

Councillor Mc Peake raised the matter of the title win at the beginning of the council meeting and he proposed that "Council recognises the fantastic achievement of the Derry Minor Team for winning the All-Ireland championship and that we invite players and management to a Council Civic Reception at a future date."

Councillor Mc Peake went on to congratulate the team for the spirit they showed throughout the Ulster and All-Ireland campaign and in particular the manner of their victory against Kerry when they found themselves behind for the first time in the game with only a few minutes remaining.

He commended the character of the team and said the players were a credit to their families, their clubs, their county and this district council area. He wished the players and management much success in the future.

The proposal to host the Derry team and management was passed unanimously at the meeting.

"Following the success of the Derry Minors team in winning the All-Ireland Minor Final I’ve invited them for a mayoral reception. Outstanding achievement for the young team," he said.

Six Derry players named in 'Team of the Year'