The '15' campaign is highlighting a disparity in pay for homecare workers. 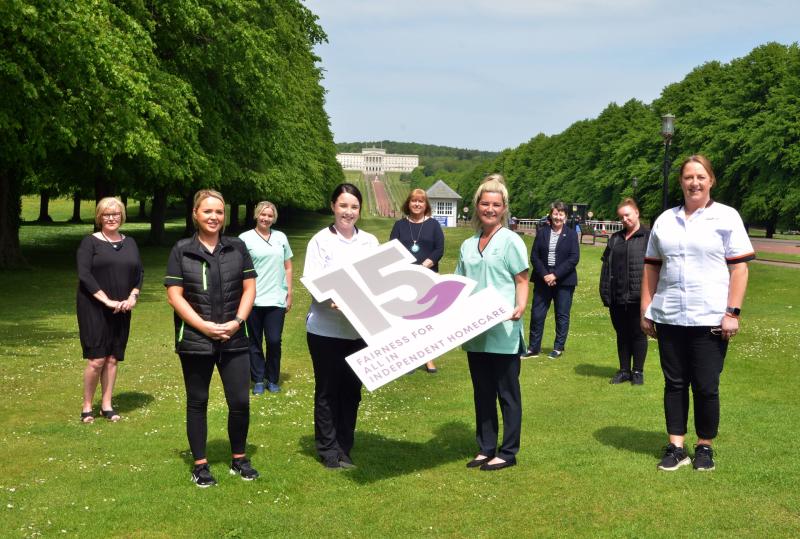 Local MLAs in Derry are being urged to support a campaign to end 15-minute visits and £15 per hour rates for homecare workers in Northern Ireland.

The Independent Health & Care Providers (IHCP) and United Kingdom Homecare Association (UKHCA) who represent over 2300 members in the UK, have come together to establish the ‘15’ Campaign.

The campaign is calling for an end to £15-per-hour rates for homecare in Northern Ireland, an end to 15-minute visits for older people and an increased stability for the sector with fair contracts and rates.

A recent increase of 34p to the hourly homecare rate was announced by the five health trusts recently, which saw the rate increase from £15.34 to just £15.68.

Homecare workers are paid at or just above the National Living Wage, despite Health Minister Robin Swann's consistent calls for the staff to be appropriately remunerated for their work.

The CEO of IHCP, Pauline Shepherd, called the increase 'unacceptable'.

“After the announcements of these unacceptable increases to the homecare rates in Northern Ireland, IHCP and UKHCA have jointly decided enough is enough," she said.

“However well-intentioned these increases may have been, they are nowhere near the amount needed to sustain homecare workers in the current climate.

"These workers showed extraordinary bravery and resilience throughout the pandemic as they continued to put the needs of others before themselves.

"We are simply asking for fair contracts and fair rates for work which takes a toll on the workers involved.”

“UKHCA calculates that regulated homecare that can afford to pay the UK real living wage would cost at least £22.73 per hour for 2021/22," she said.

"Northern Ireland’s fee rate is over £7 per hour below the UKHCA Minimum Price to pay careworkers the Real Living Wage. A cost-saving approach which requires providers to penny-pinch from all of their budget lines when the starting point is already so low is taking risks with the quality and safety of a regulated service.

"It also risks undermining the ability of providers to improve the working experience of careworkers, thereby further destabilising the workforce.

“Councils in England report a planned average hourly rate for homecare in 2021/22 of £18.49. This in itself is around £3 more than the amount offered in Northern Ireland, but still glaringly short of the amount required.

“So, what we are seeing are worrying issues throughout the UK, but most notably for services relied upon by many people and their families in Northern Ireland. Hopefully the Minister for Health does the right thing by intervening and ensuring fairness for all concerned.”

IHCP and UKHCA are calling on everyone to sign the petition and make the Minister for Health and respective Trust CEOs reconsider their position. You can support the 15 campaign at the following link: http://chng.it/7NCS7RC8BP.

A local MLA has expressed frustration at the lack of availability.