There have also been a number of deaths in the county's local government districts. 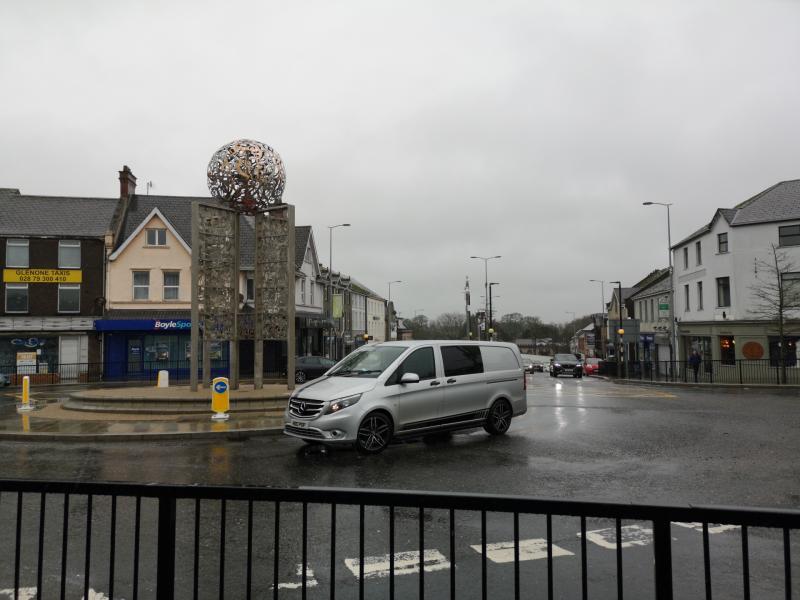 Over 1,000 cases of Covid-19 were identified in County Derry's postal areas last week.

An increase of 42.5% was recorded as cases rose from 890 the previous week to 1,268, with big increases in the Mid Ulster areas of the county.

The 42.5% rise comes off the back of a 10% increase in testing within the county over the past seven days, with 7,724 tests carried out. 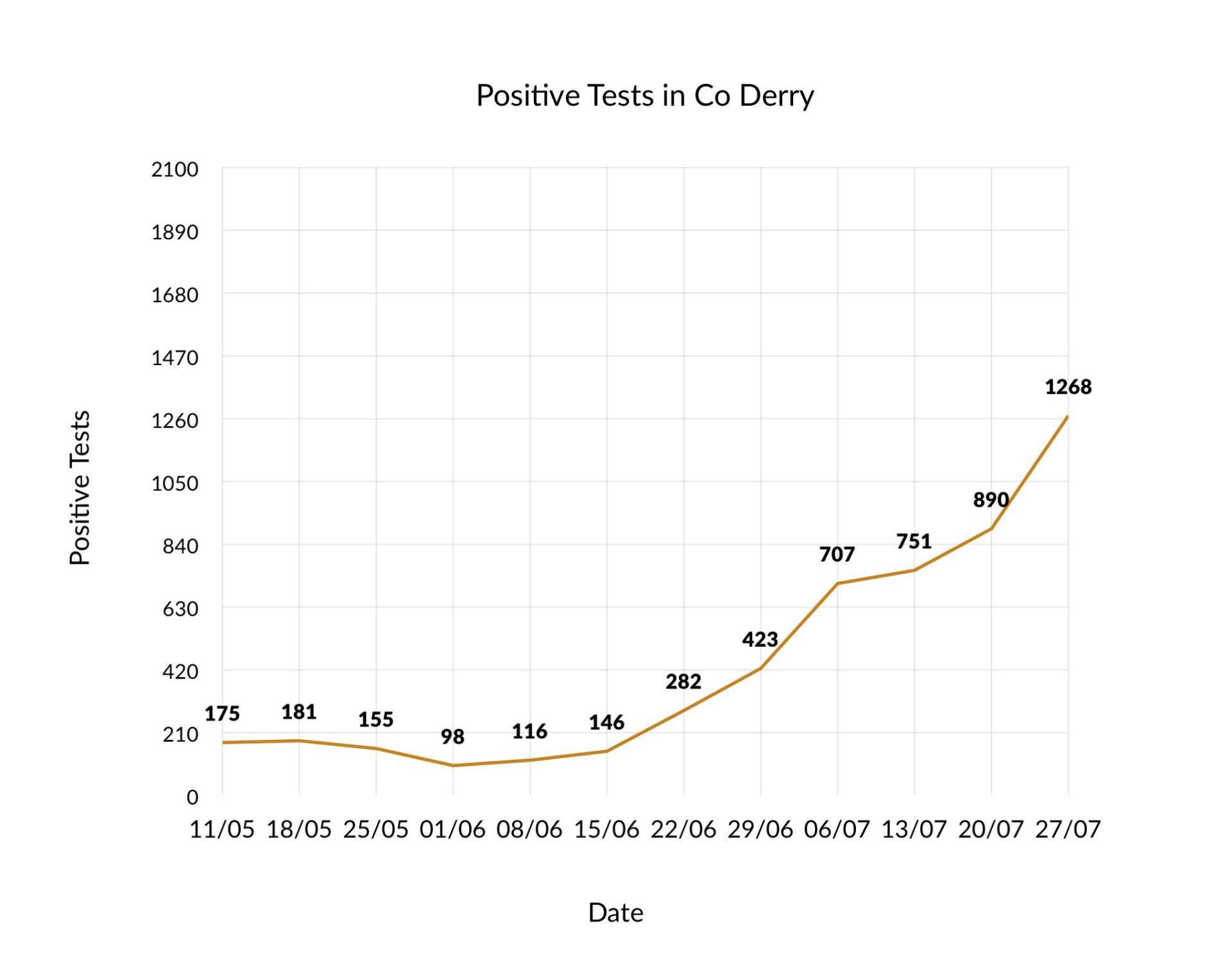 The percentage of people testing positive for the virus has risen to 16.4%, the highest figure since it peaked at 23.5% in the surge of early January. 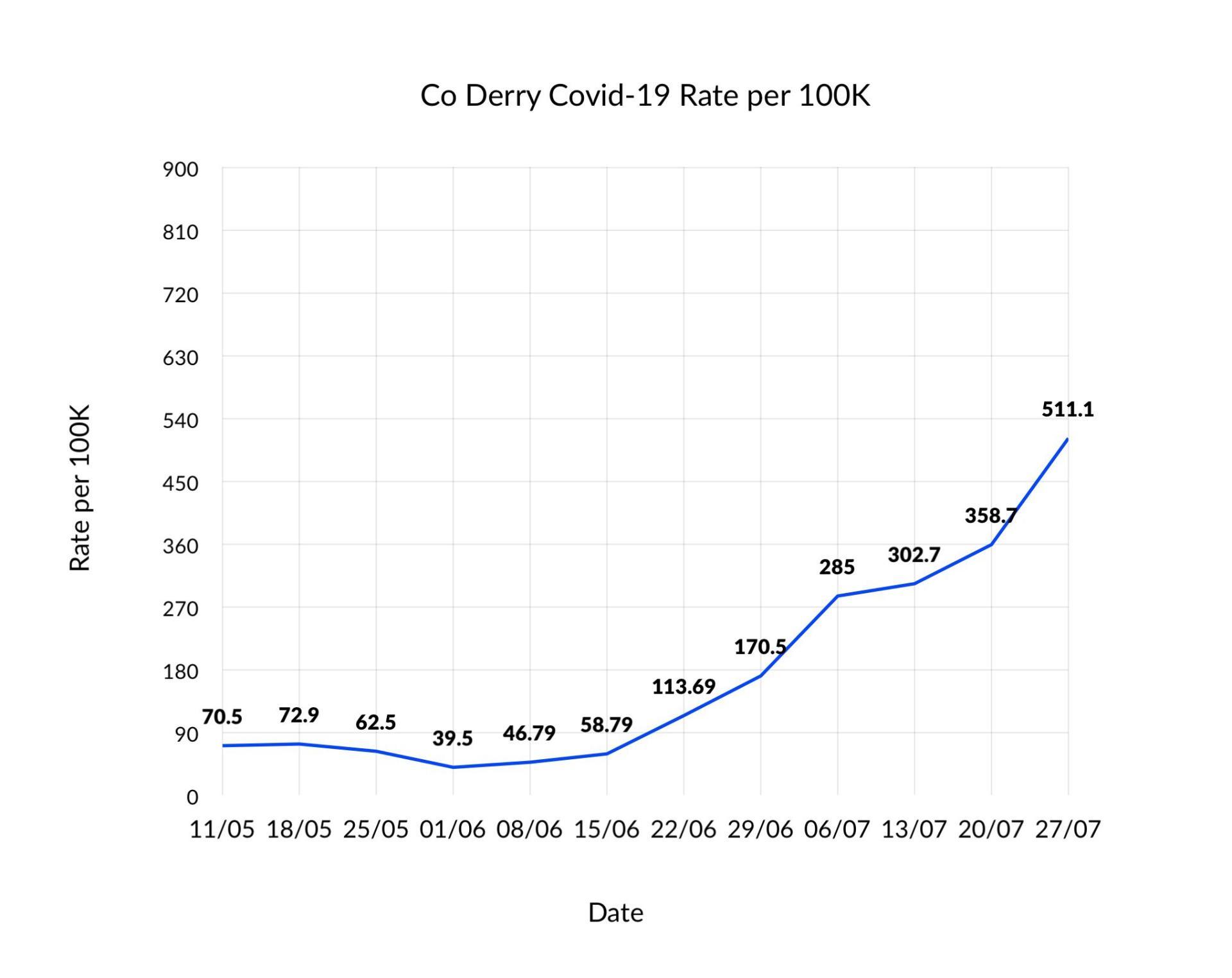 Six Covid-related deaths have also been recorded in the area's three local government districts, with three of those deaths coming in the Causeway Coast and Glens area.

Two deaths were recorded in Derry City and Strabane, while one person also died with the virus in Mid Ulster.

A further increase in the number of Covid-19 inpatients in the area's hospitals has also been recorded, with 28 (+8) being treated in Altnagelvin Area Hospital and 24 (+15) in Antrim Area Hospital.

There are also 8 Covid inpatients at Causeway Hospital in Coleraine, but none at Mid Ulster Hospital. 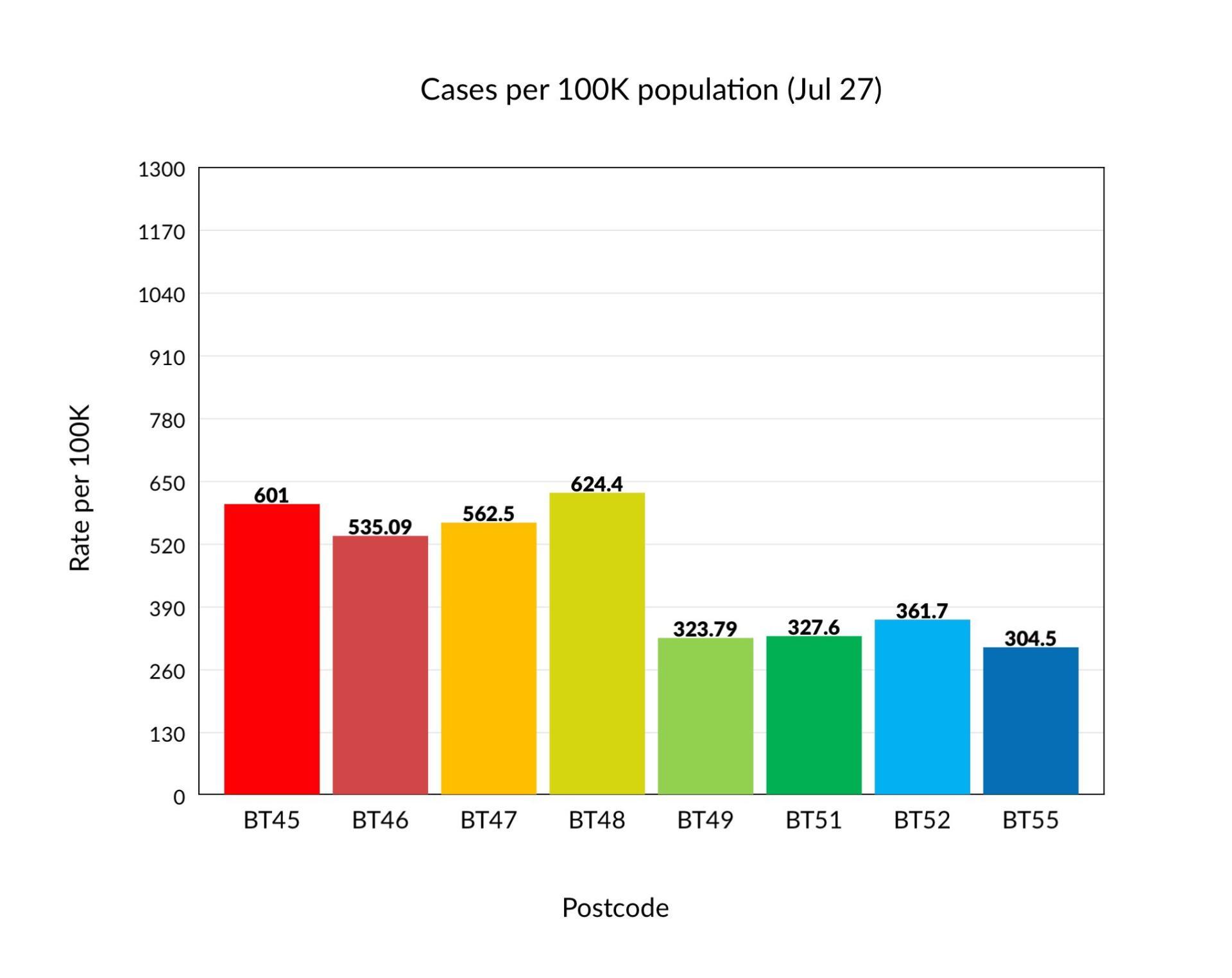 Meanwhile, the NI Executive has announced further relaxations to Covid-19 regulations, which come into force from today.

Audiences will be permitted to return to performances in concert venues, theatres and other indoor venues, with restrictions on live music no longer in place.

Social distancing of one metre will still be required, but indoor facilities within larger premises, hotel function rooms for example, will remain under existing restrictions. 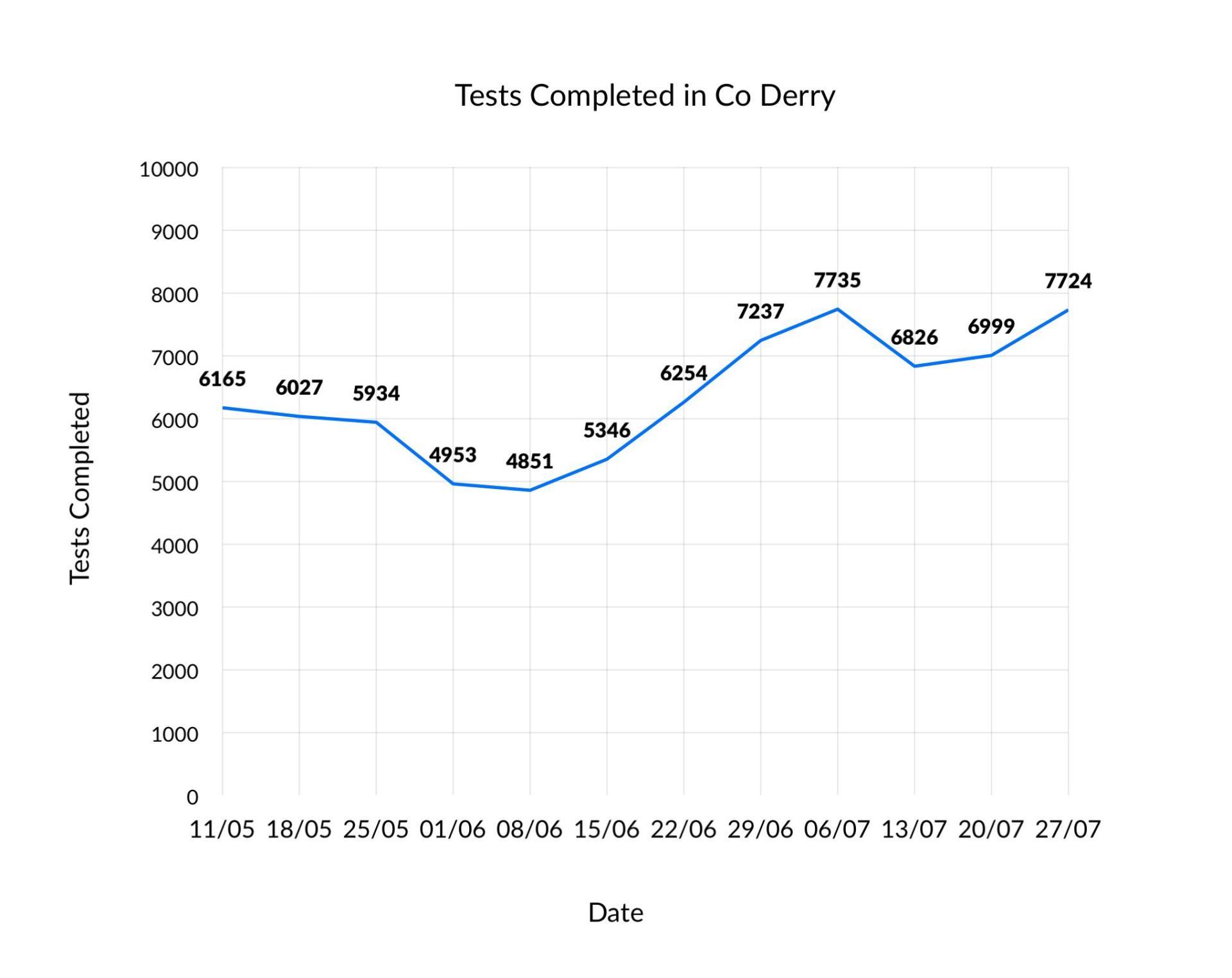 The requirement for the wearing of face coverings in places of worship, during acts of worship, will be moved from regulations into guidance only.

Face coverings will still be legally required when entering and exiting the building and will be strongly advised whilst singing or moving around the premises.

There has been one further death in the area's local government districts.