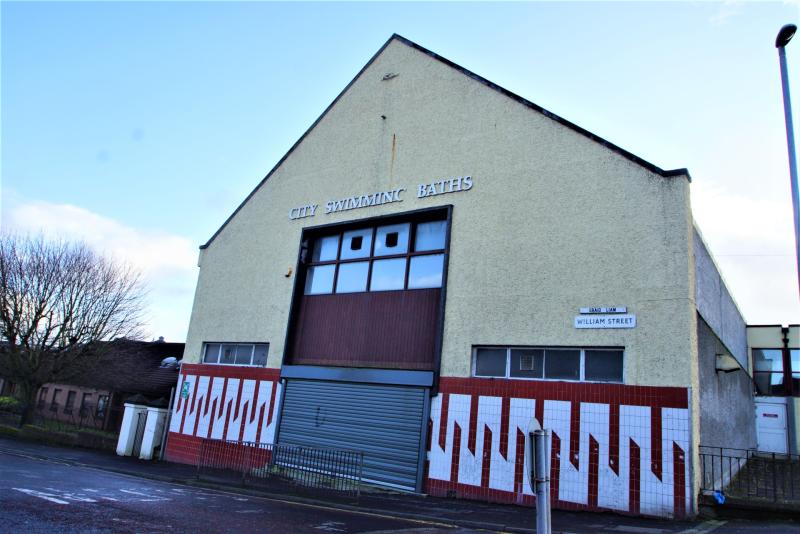 Some local councillors have questioned plans to spend £600,000 on repairs to a Derry swimming pool.

The Derry News revealed earlier this year that Derry City and Strabane District Council had agreed to spend the money on 'essential works' at the City Baths at William Street.

The work is due to begin in September with the swimming pool, which is Derry's oldest sporting facility, due to reopen to the public early next year.

However, it has now emerged that engineers have told the council that the repair work may only extend the lifespan of the building for 'two to three years' before more work is required.

As a result, some councillors have questioned the amount of money being spent on the building which first opened in 1961.

Barry O'Hagan, the council's Head of Community and Leisure, told a meeting of the council Health and Communities committee that due to the age of the City Baths, engineers will only give a guarantee that the upcoming work will give the building 'another life span of two to three years'.

“That may be longer but at this point there can be no guarantee,” he said.

In response, Ulster Unionist councillor Derek Hussey said he was 'mindful' of how many play areas could be accommodated within the council area for the money being spent on the City Baths, adding that they 'would have lasted a heck of a lot longer than two to three years'.

DUP Alderman Keith Kerrigan said the proposed budget for the City Baths was 'a very difficult one to sell' in relation to other demands on the council.

SDLP councillor Sean Mooney said a number of people had contacted him in relation to when the local swimming pool would reopen after the work is completed.

Mr O'Hagan said the contractor would not be appointed until September and then they will provide a detail programme but that the council are currently working on the basis that the pool will reopen in 'early 2022'.

Sinn Fein councillor Tina Burke said she was happy to see the repair work being carried out at the City Baths.

“I appreciate and take on board the previous comments around costings and it is a significant amount of money which has been debated in this chamber numerous times in the past.

“But when you look at the social value that the City Baths gives to people who use the pool, local schools, families that can be hard to quantify.

“I know a lot of people have contacted myself who are keen to see it reopen.”

People Before Profit councillor Shaun Harkin said his understanding was that the 'goal' was to see the City Baths used for 'six or seven' years once the work is carried out.

“My hope is that we will see it used for a lot longer than that because I do not think the need for it will disappear in six or seven years.

“It is an expense to the council and I think we have to do is move this forward as quickly as possible and then from a council viewpoint make sure we get the maximum usage out of building, to get it used as many people as possible.”

A council report seen by the Derry News states that £300,000 of the money will be spent on replacing the swimming pool's filtration system and other pipe work.

An estimated £80,000 will be spent on removing and replacing the external plastering on the William Street building.

A further £80,000 will be spent on upgrading the internal walls.

According to the council report, £40,000 will be spent on painting the building, internally and externally.