No one injured during incident 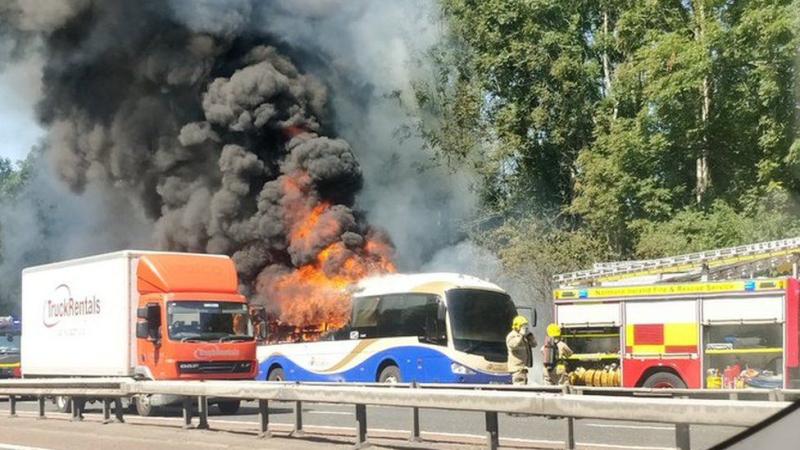 A bus travelling from Derry to Belfast caught fire this afternoon.

The vehicle was on the M2 motorway when it went on fire.

The fire is believed to have started accidentally and none of the 23 passengers or the driver was injured, according to the Northern Ireland Fire and Rescue Service.

The M2 southbound has reopened after being closed between junctions six and seven.

In a statement, Translink said action was taken after the driver of the Derry to Belfast bus noticed smoke at the rear of the vehicle at about 2.20pm.

"He quickly implemented emergency procedures, safely evacuated the bus and called the fire service, who extinguished the fire. No one was injured," Translink said.

An investigation is underway to determine the cause of the fire.