Great turnout for walk in memory of Peter O'Hagan 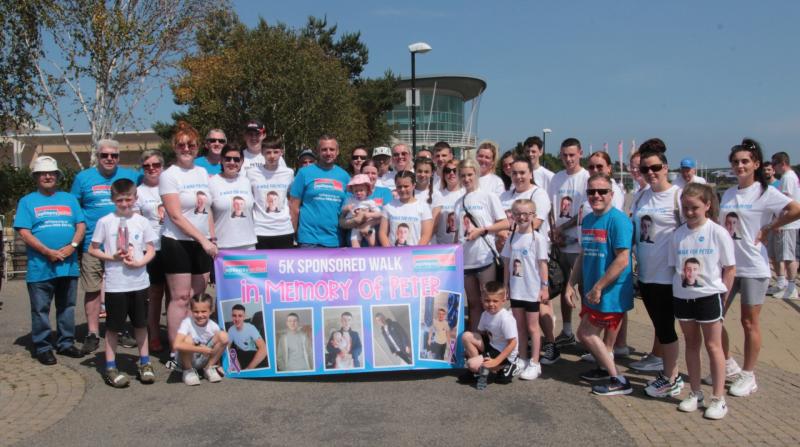 A fundraising walk was held today in memory of a Derry teenager.

Peter O'Hagan died suddenly at the age of 18 on May 13 this year after being diagnosed with epilepsy in December 2019.

Peter and his dad planned to do a walk to raise funds for Epilepsy Action and to raise awareness of the seriousness of epilepsy.

Unfortunately, Peter never got the chance to complete the walk.

His family organised a fundraising walk today to raise money for the charity.

The walk set off from Sainsbury's car park and those taking part made their way up to Craigavon Bridge before returning to Sainsbury's via the Peace Bridge.

See Monday's Derry News for more photographs from the walk.

Peter's aunt, Margaret Doherty, has also set up an online fundraising page for anyone who would like to make a donation.

Donations can be made here - https://bit.ly/2Ty0VO5